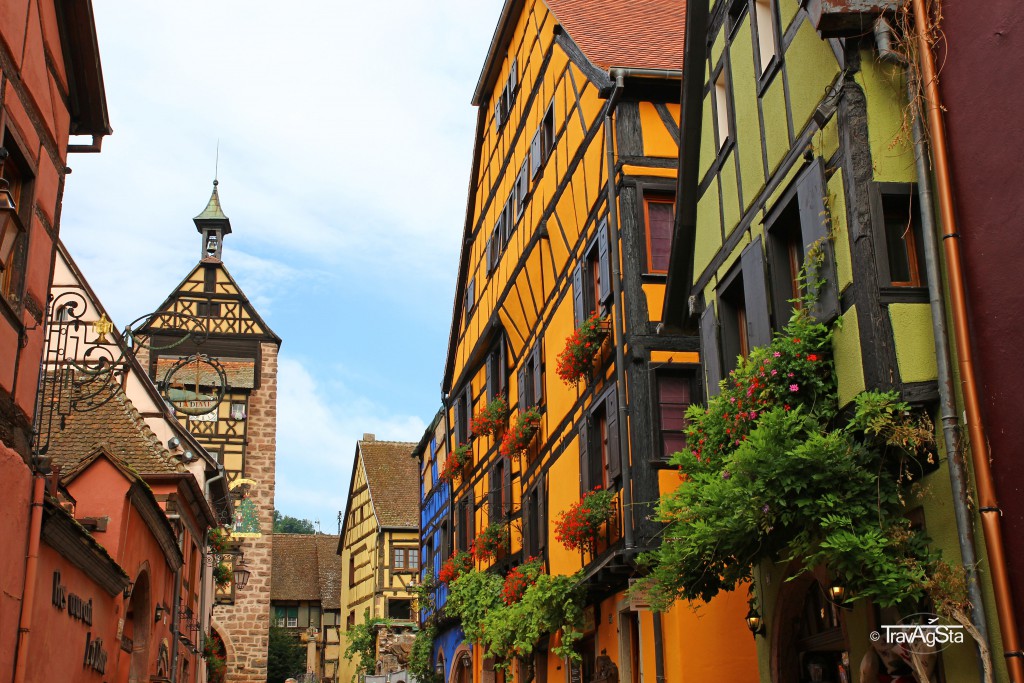 Travel guides described this place as overcrowded. Of course, it was a contrast to Kientzheim but their description was a bit exaggerated. We were here before noon. 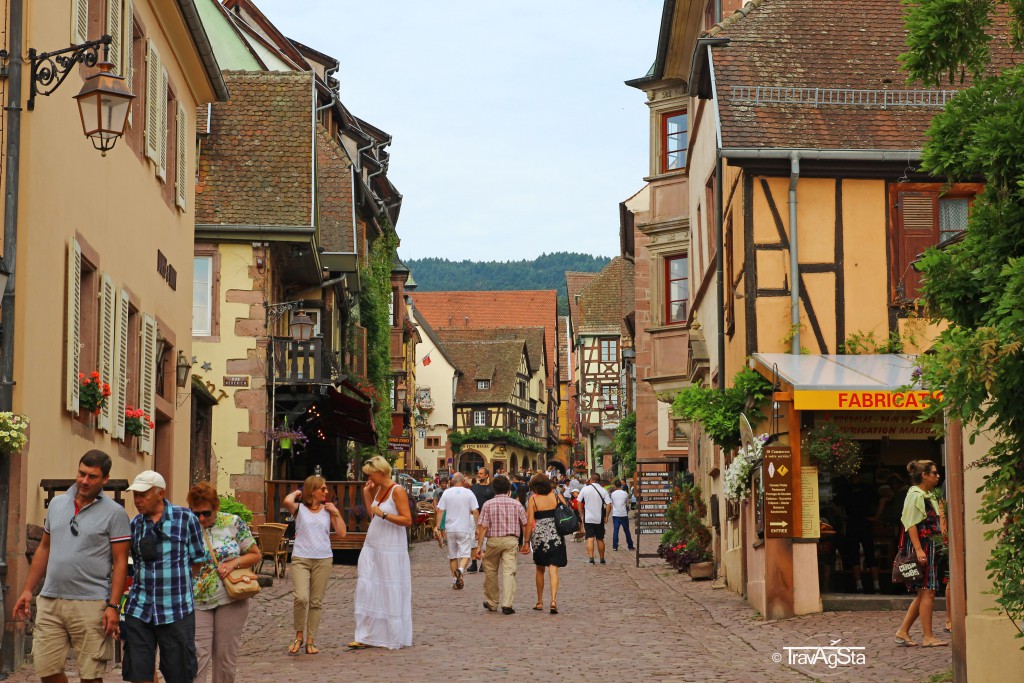 At noon more and more people came. As we had lunch here, we could observe a little bit what was going on. We would never say it was overcrowded though it was Sunday noon in august.

Maybe we were lucky or we’re already desensitized. Both is not so bad while travelling! 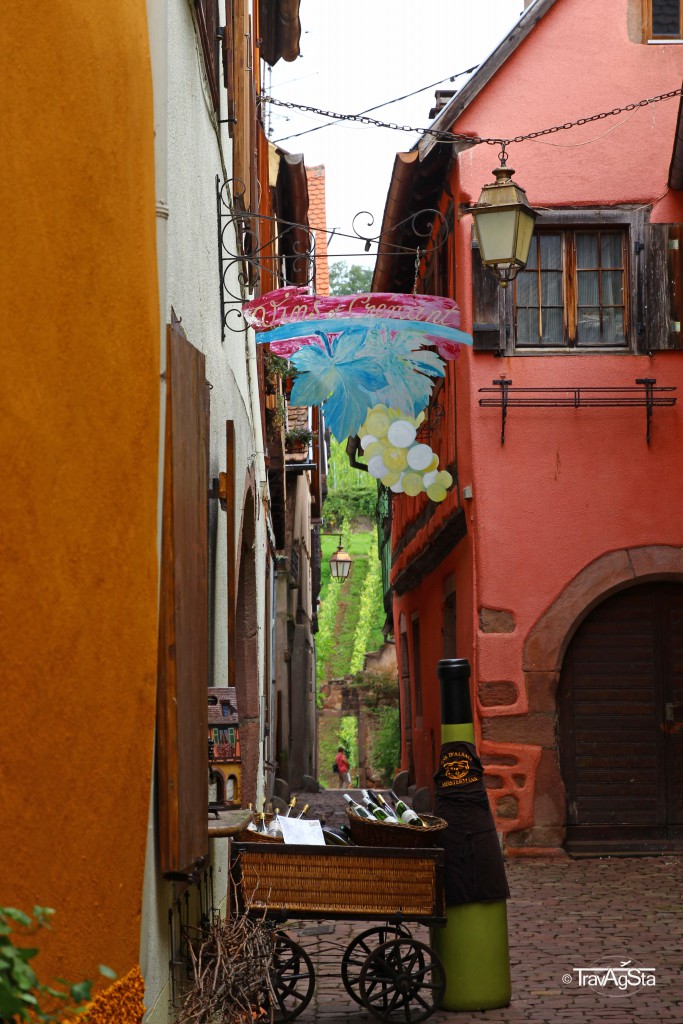 It was a hot and humid day and it was a blessing to stroll around in the shadows of the beautiful half-timbered houses. We haven’t seen a more colourful place in the Alsace region than this place. They’ve done a good job here. 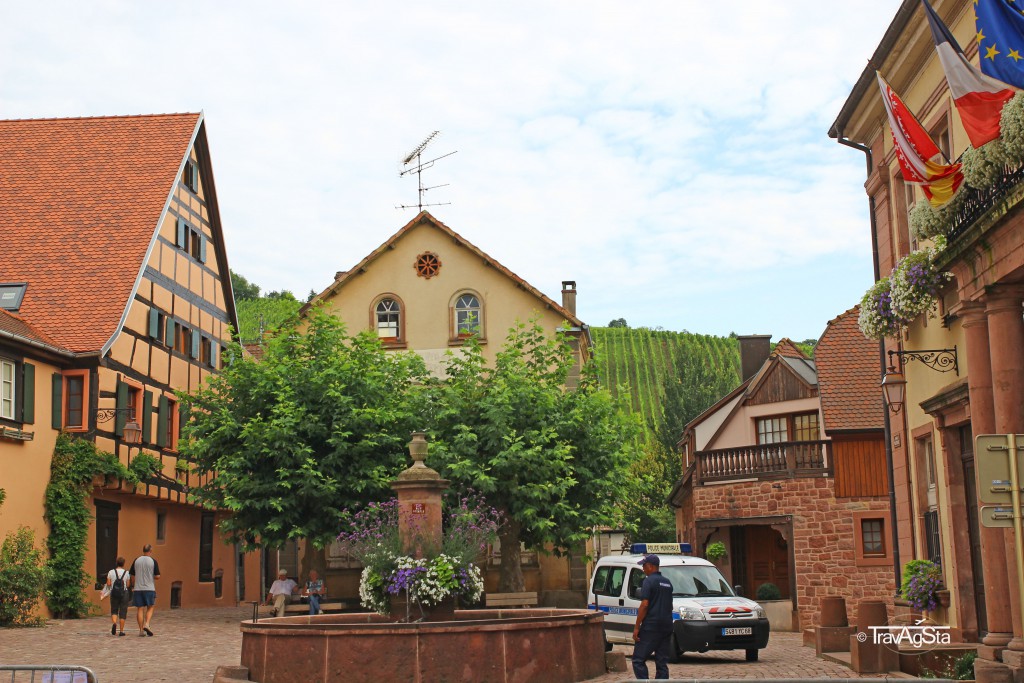 Just like Kientzheim, Riquewihr is lies in the middle of huge vineyards. Travel guides are describing places like Riquewihr as cities. Of course, they can, but a place with 1000 residents is not a city for us. Just a little note, you know! 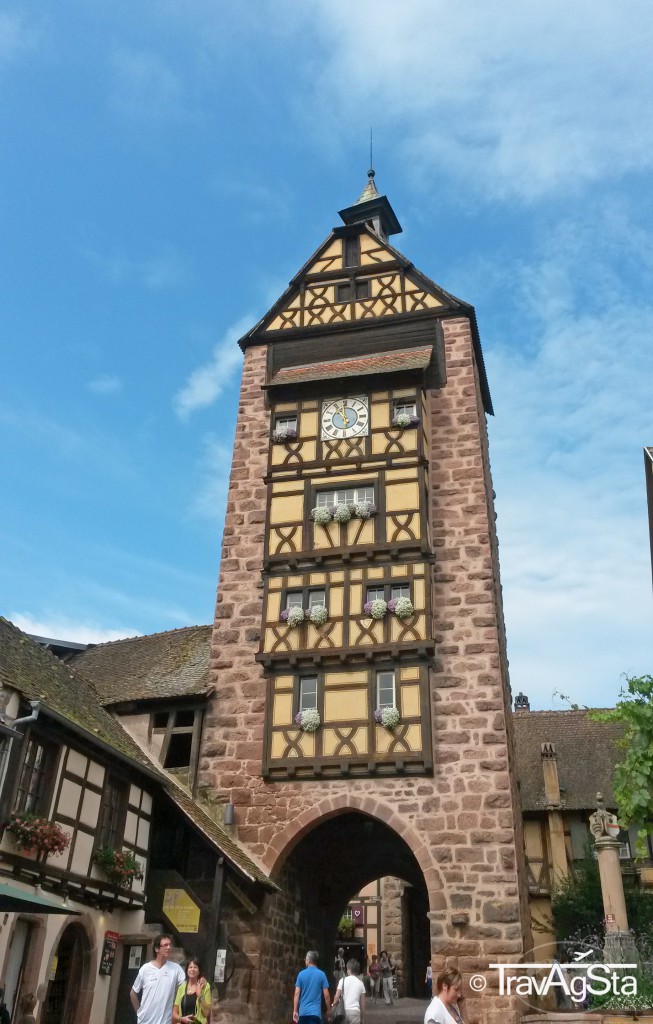 The houses here date back to the 17th century and haven’t been damaged too much in World War II. 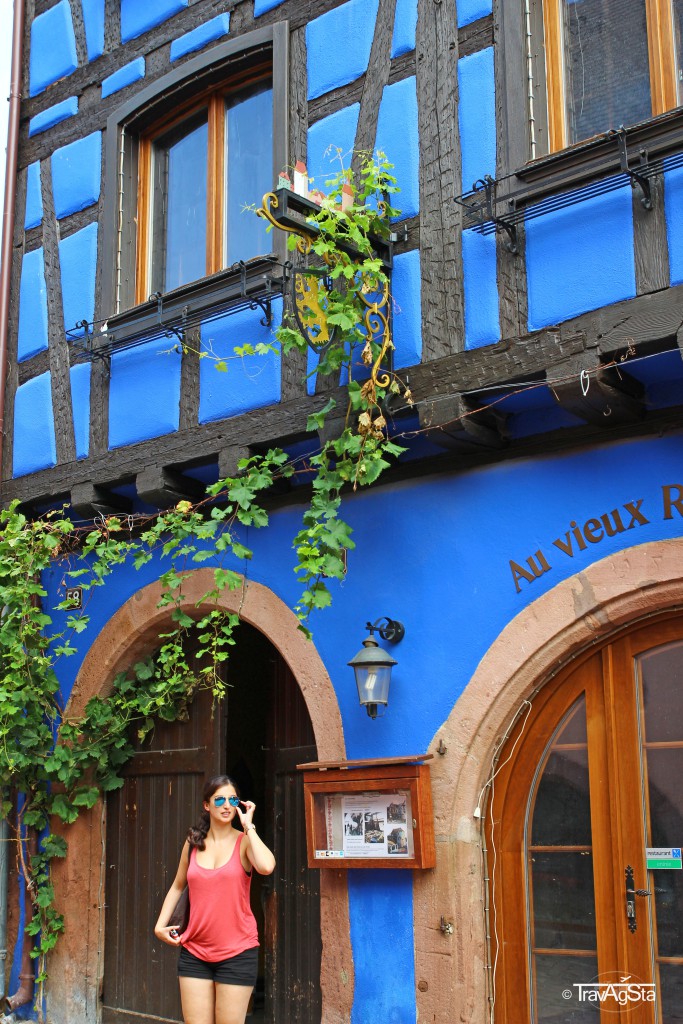 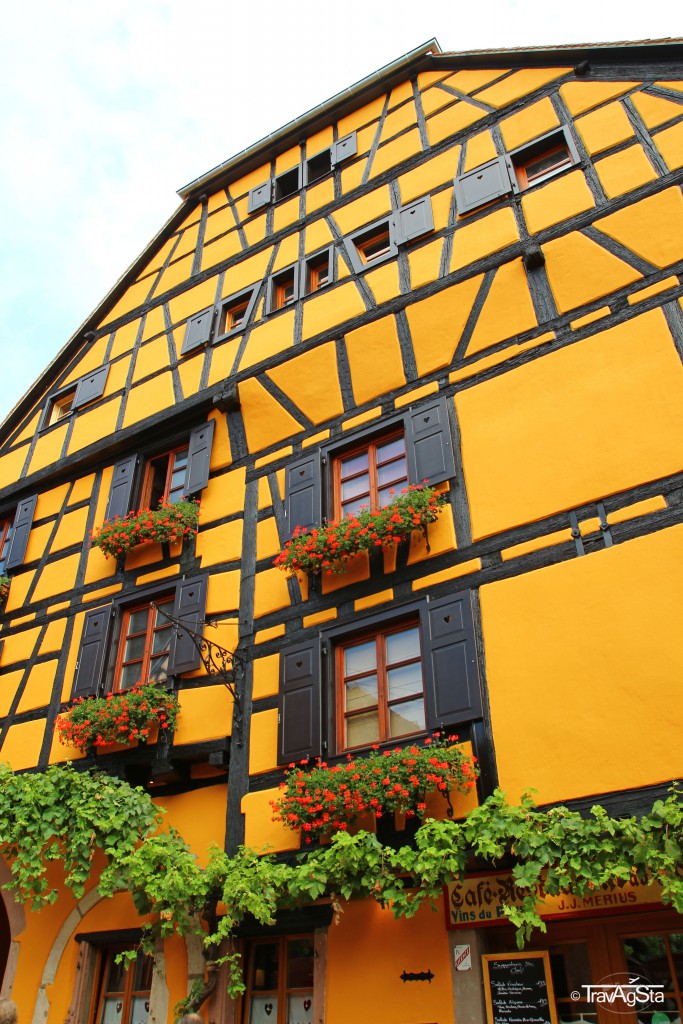 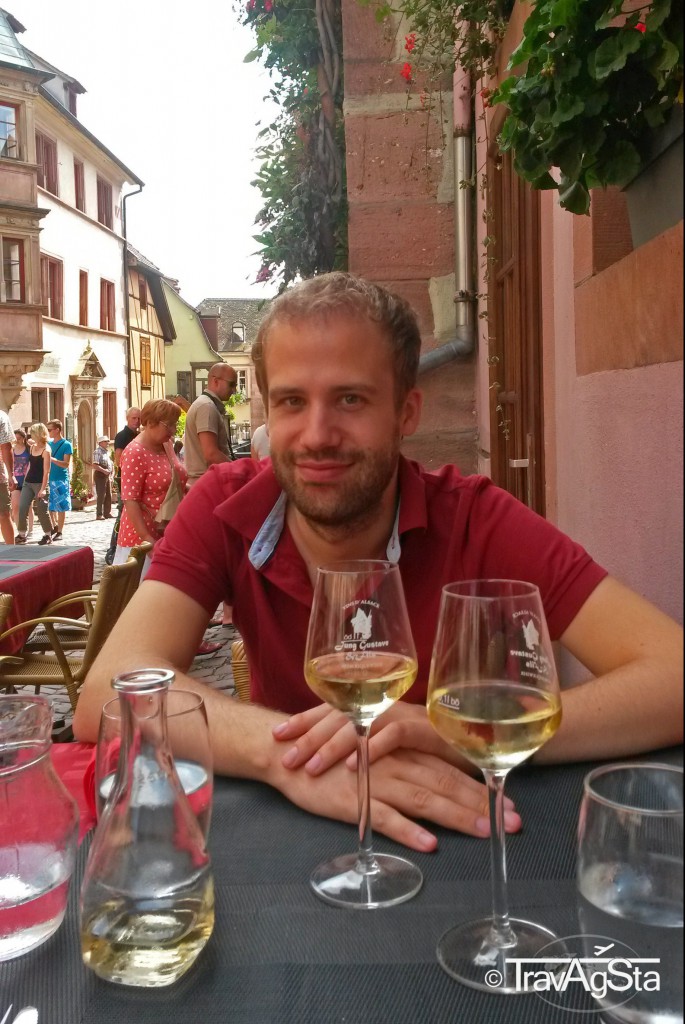 When strolling around the main street, you should definitely have a look in the little streets on the left and right sight. The alleys on the side are totally cute.

The Dolder, a tower with a gate, lies at the western end of the main road. It was built in the 13th century and is the village’s landmark.

Behind the gate, you’ll find the way to the Jewish alley. 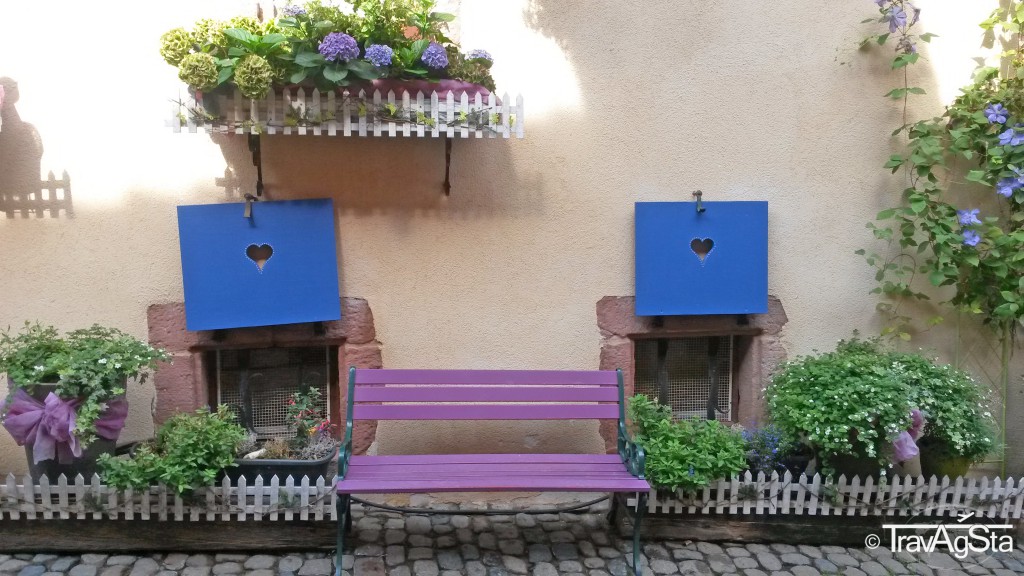 A dream on the Alsatian wine route

Riquewihr is one of the most beautiful villages we’ve seen so far in France. 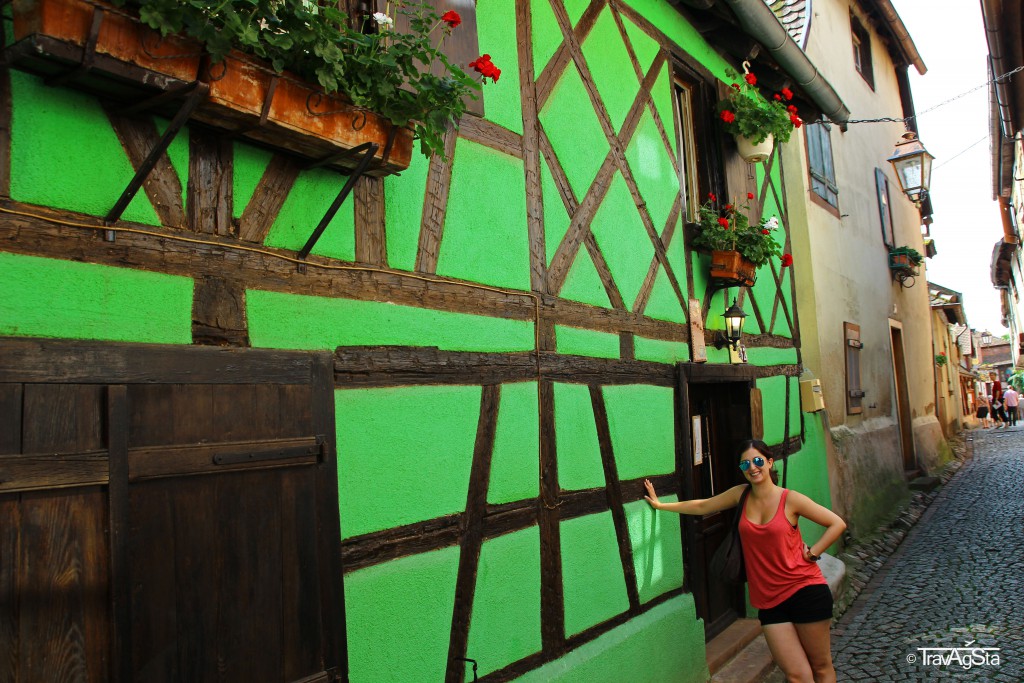 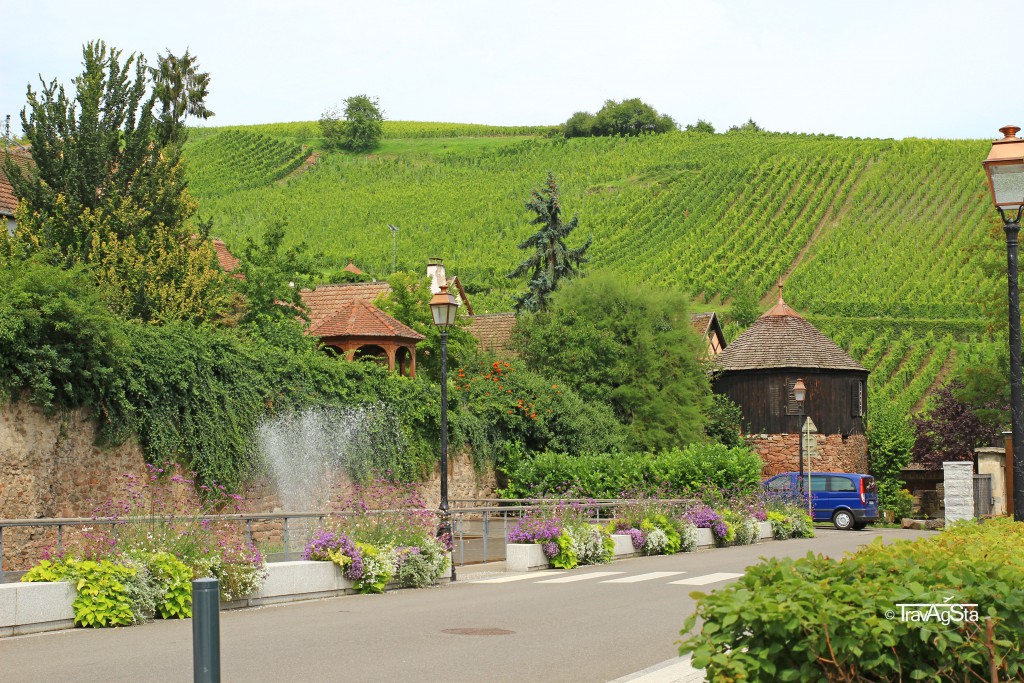 The village (or the town) became rich by producing and selling its excellent wines. It’s one of the most visited villages on the Alsatian wine route.

By the way: From here we passed Ribeauvillé. There we were saluted by the symbol of the Alsace. 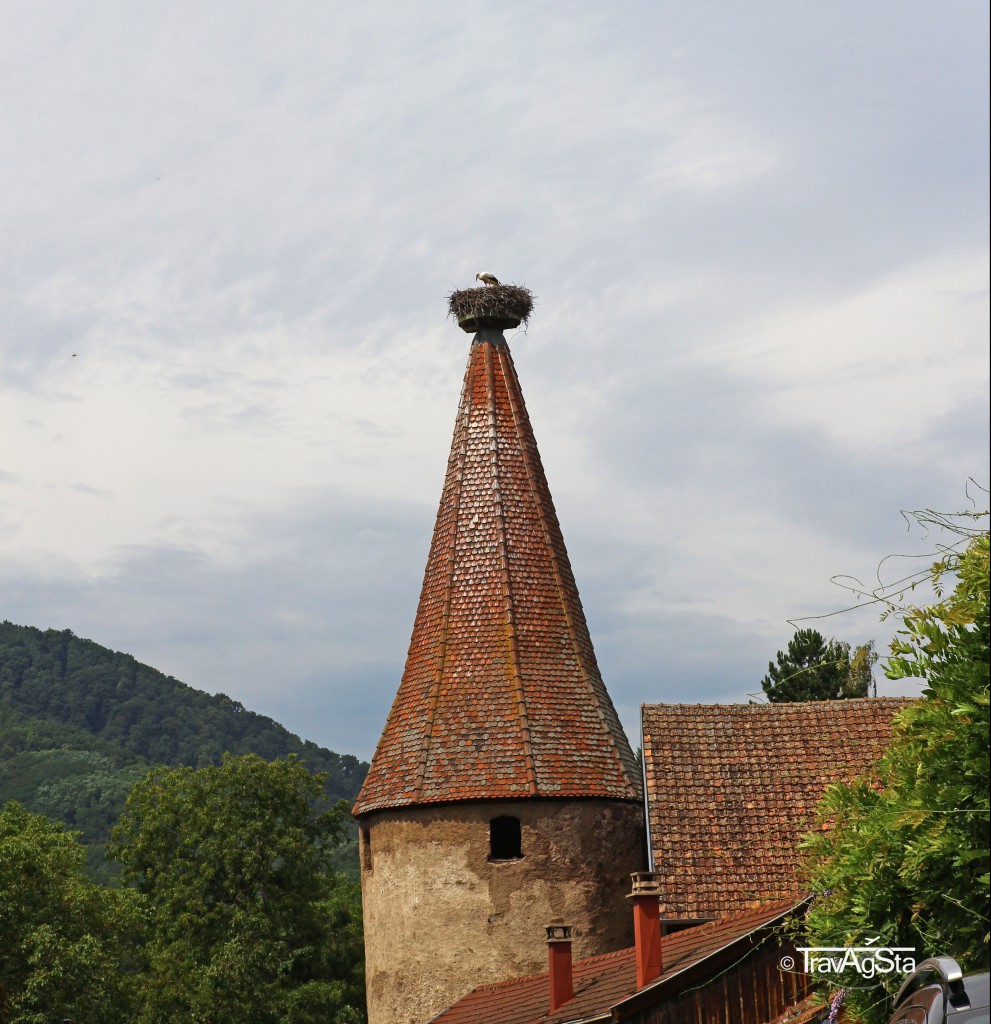 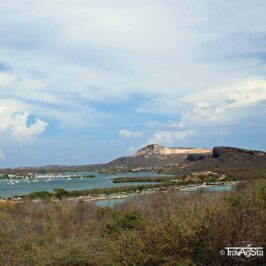 This beautiful bay is located just opposite of Spanish Waters. On our way to Caracas... 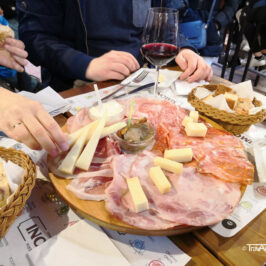 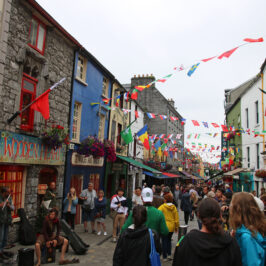 After having visited Belfast and the Causeway Coastal Route we moved on to Western Ireland.... 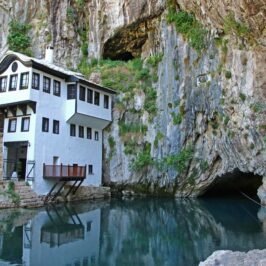 We’ve been to some places in Eastern Europe now and we can definitely say, that... 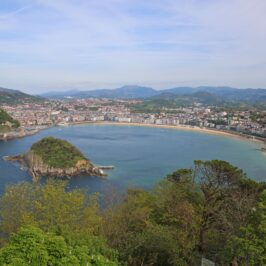 The best time here in Germany to make a city trip is the Easter weekend.... 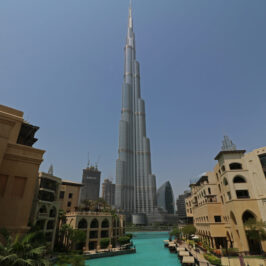 We may have mentioned (or maybe not) that we had a stopover in Dubai between...