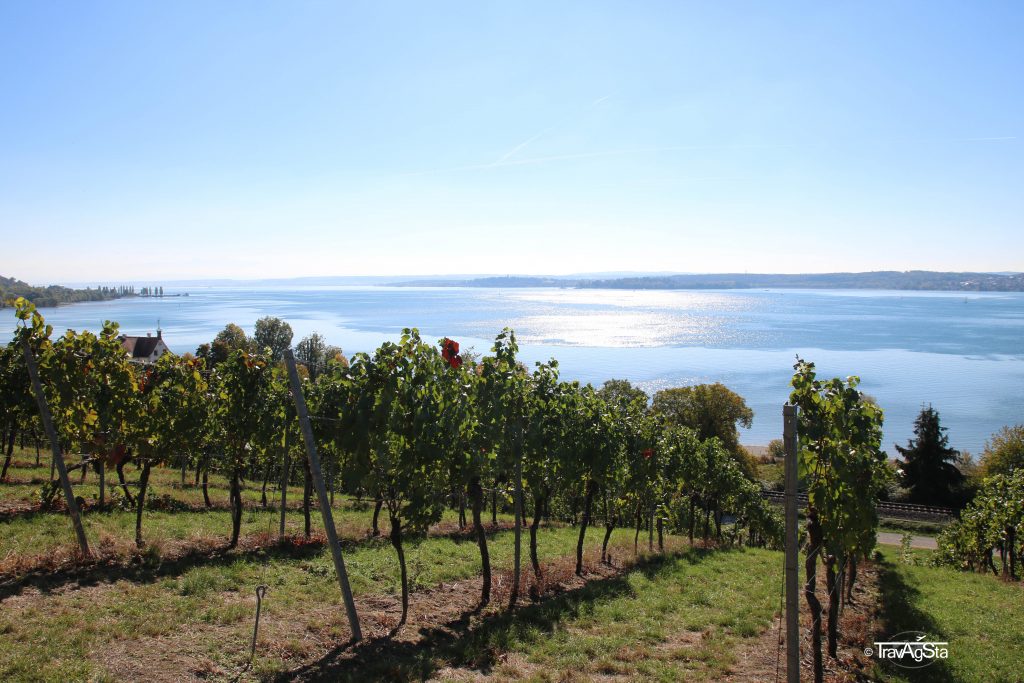 As mentioned in the previous post, a part of our short trip in fall was a detour to western Lake Constance. Lake Constance is a well-visited place. Nevertheless, we think it’s one of the most underrated destinations in Germany. 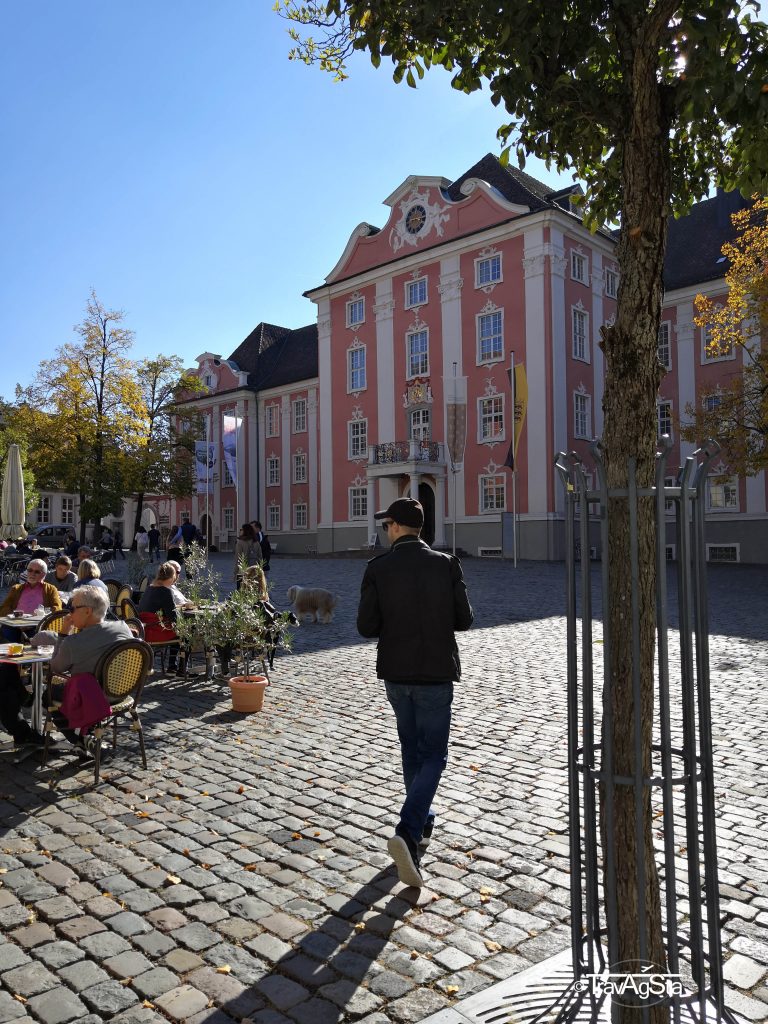 Our time here was short. You could easily spend a week here without getting bored. Nevertheless, you’d surely like to know what to do with a short time here. 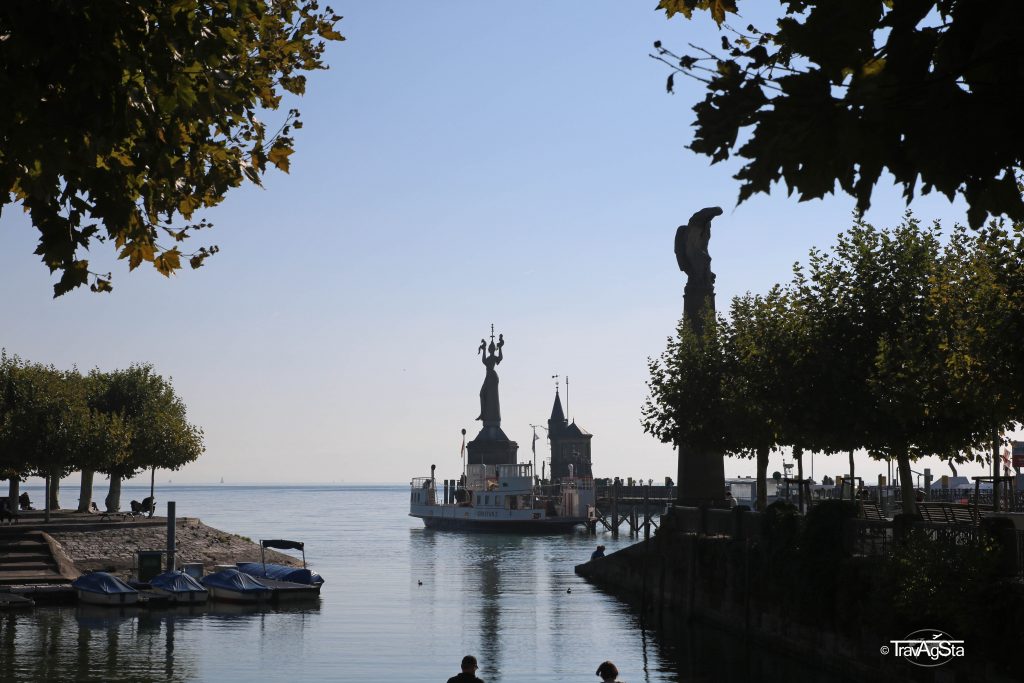 Constance is a really idyllic place. Many students, many families, many tourists, many… It’s a diverse city and Switzerdütsch is widely spread here. Of course, for a reason. 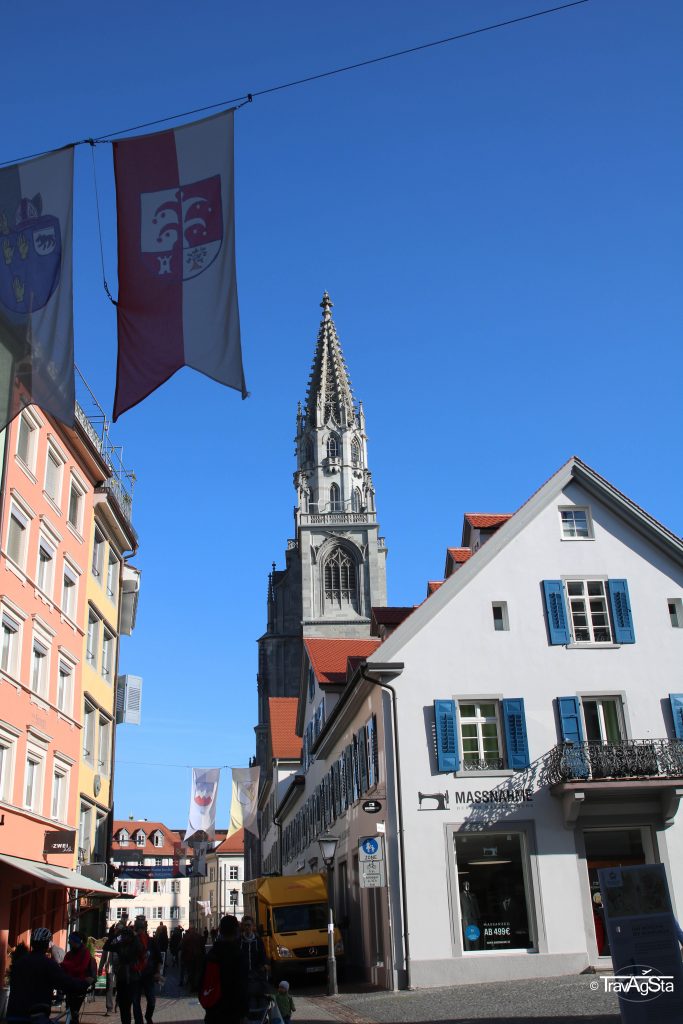 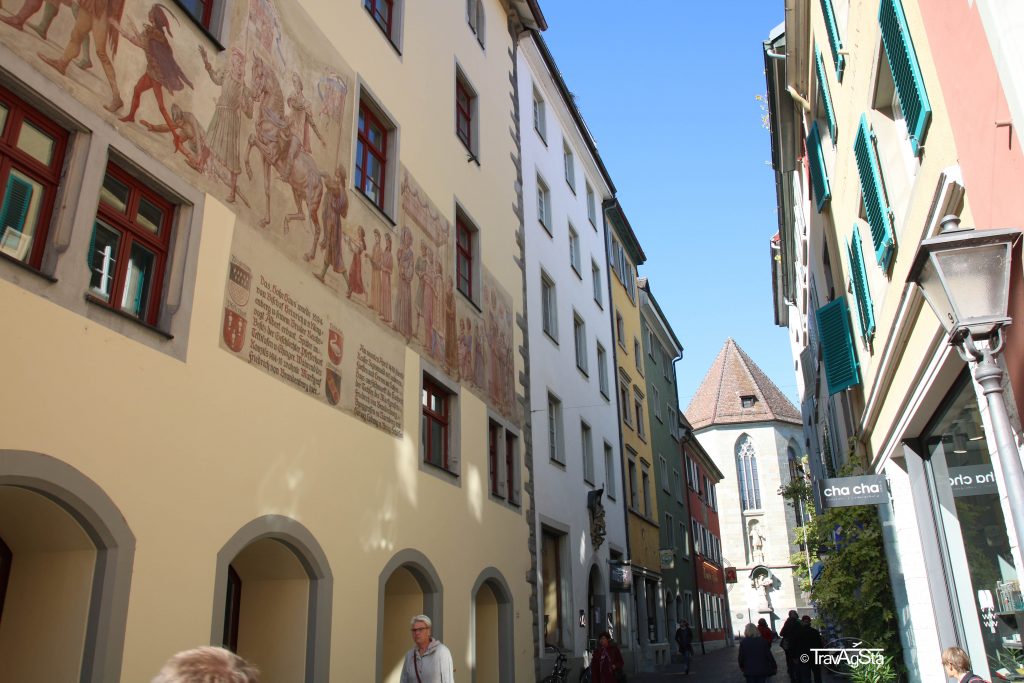 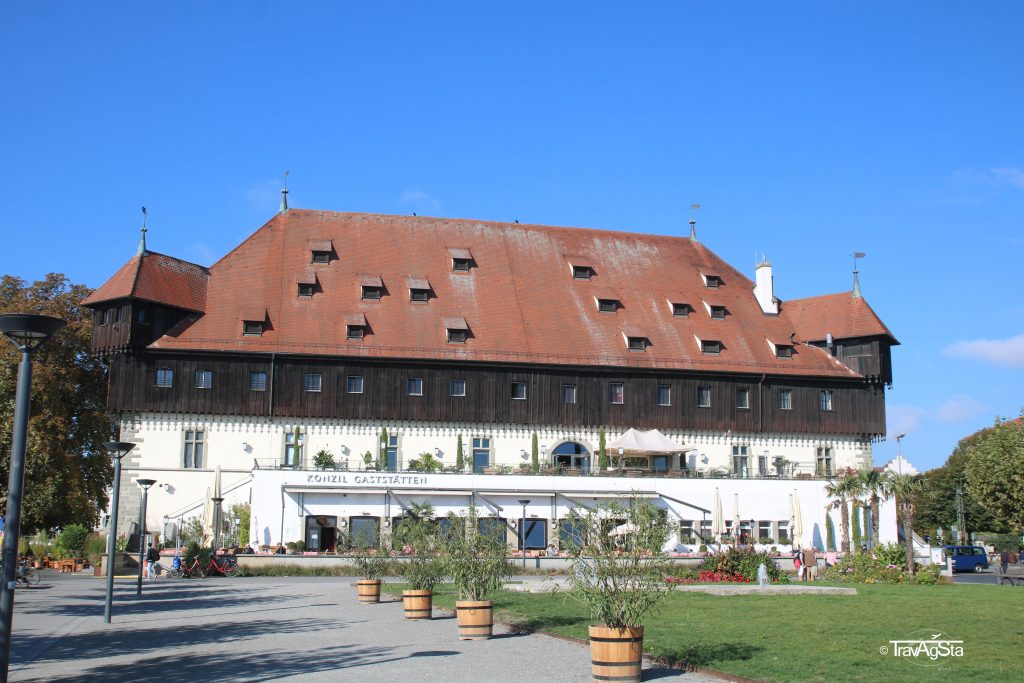 Of course, we‘ve just been to the Lake and in the Old Town. Sitting at the Konzilhaus with a cup of coffee, enjoying the fall sun…There’s worse and our time was well spent. 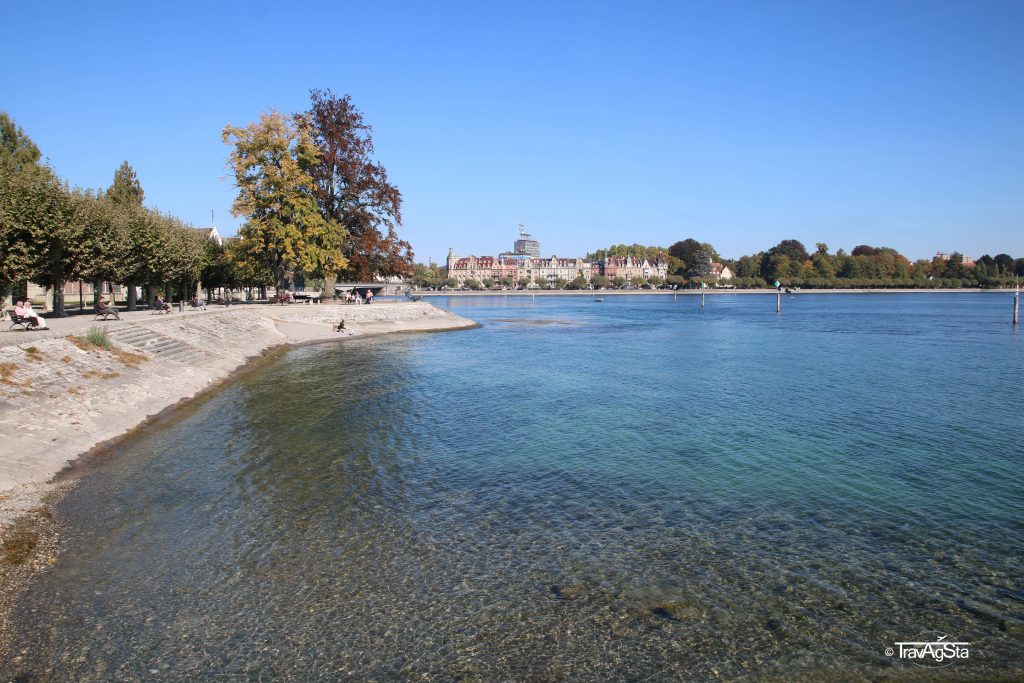 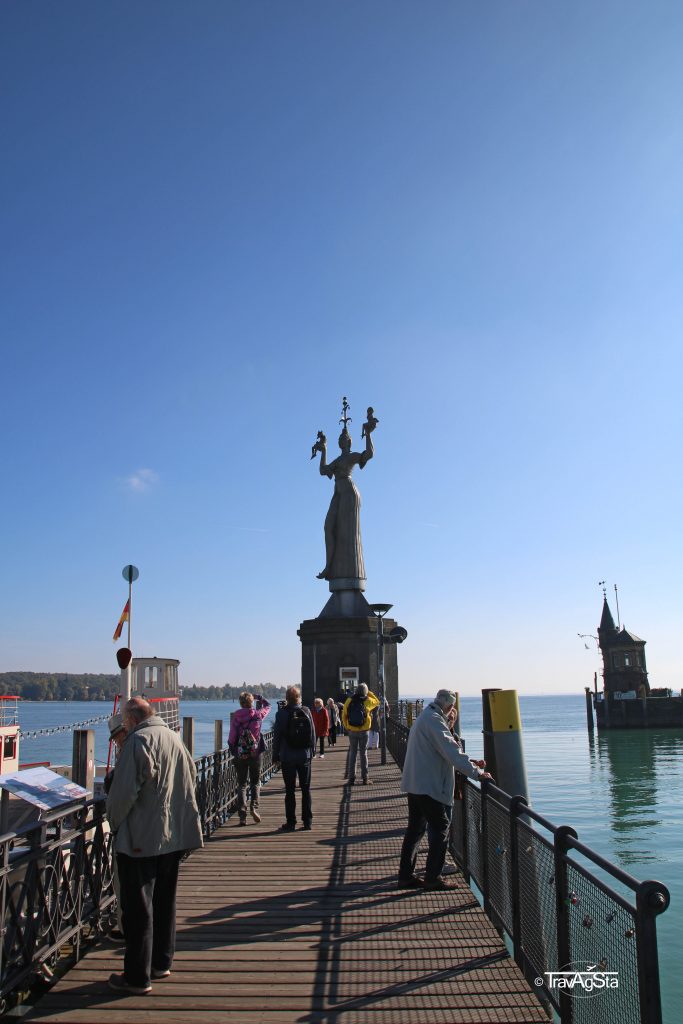 Konschtanz (as people around the area might also call the city) is famous for its Imperia Statue, which turns on its own axis within a few minutes. The statue caused controversy as it was female and scantily clad, which is something that’s just not done. 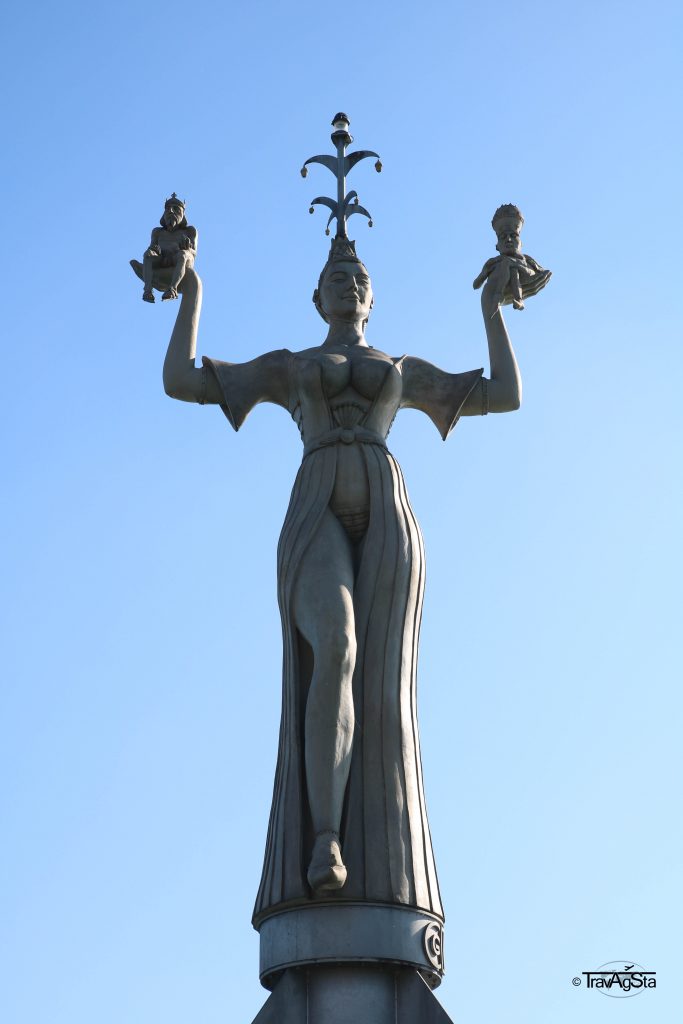 The statue is supposed to make fun of the Council of Constance (1414-1418). The Pope is sitting on one of her hands while the emperor is sitting on the other. And while the mighty men acted like they were doing mighty things, the real winners of those years, were the whores of the city. As always actually. 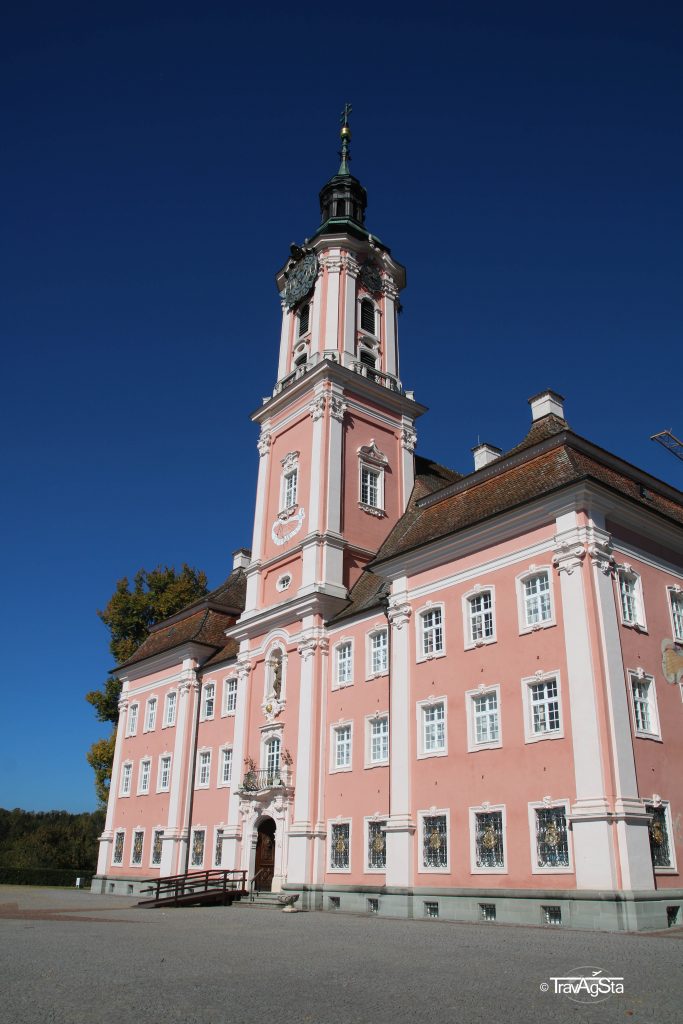 The pilgrimage church of Birnau

The Birnau pilgrimage church was actually not on our radar. On our way to Meersburg, we were looking for a bathroom for my preggo blatter and a place less pretty than this would have been totally ok for that purpose. 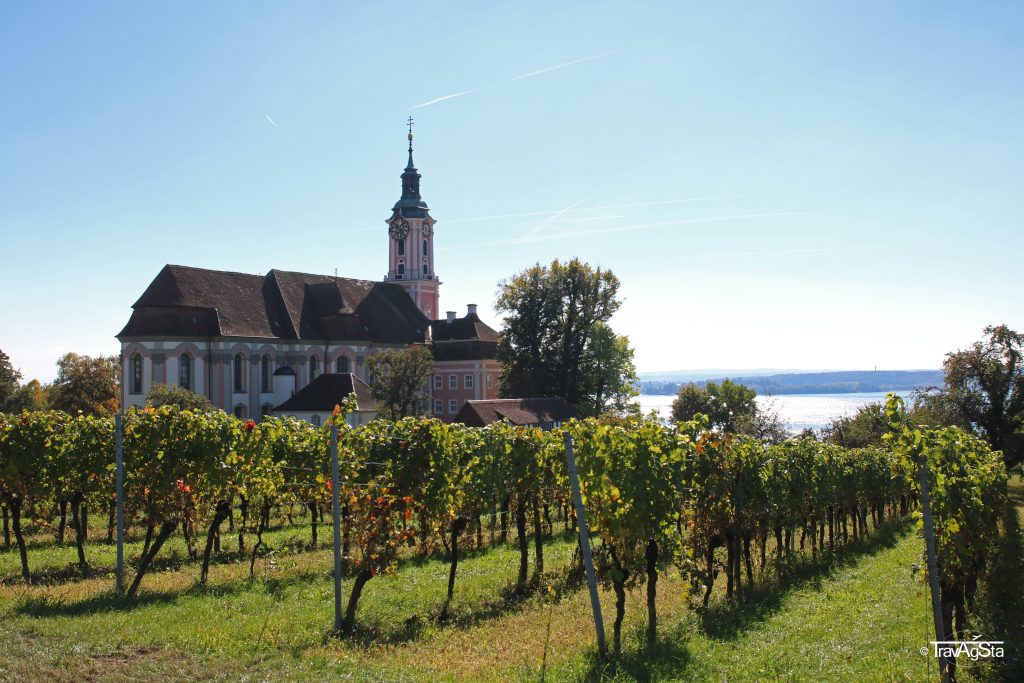 From far we saw this beautiful pink church which is close to the heavily trafficked B31. Down at the church one hardly notices the noise and the view over Lake Constance becomes even more astoundingly beautiful. 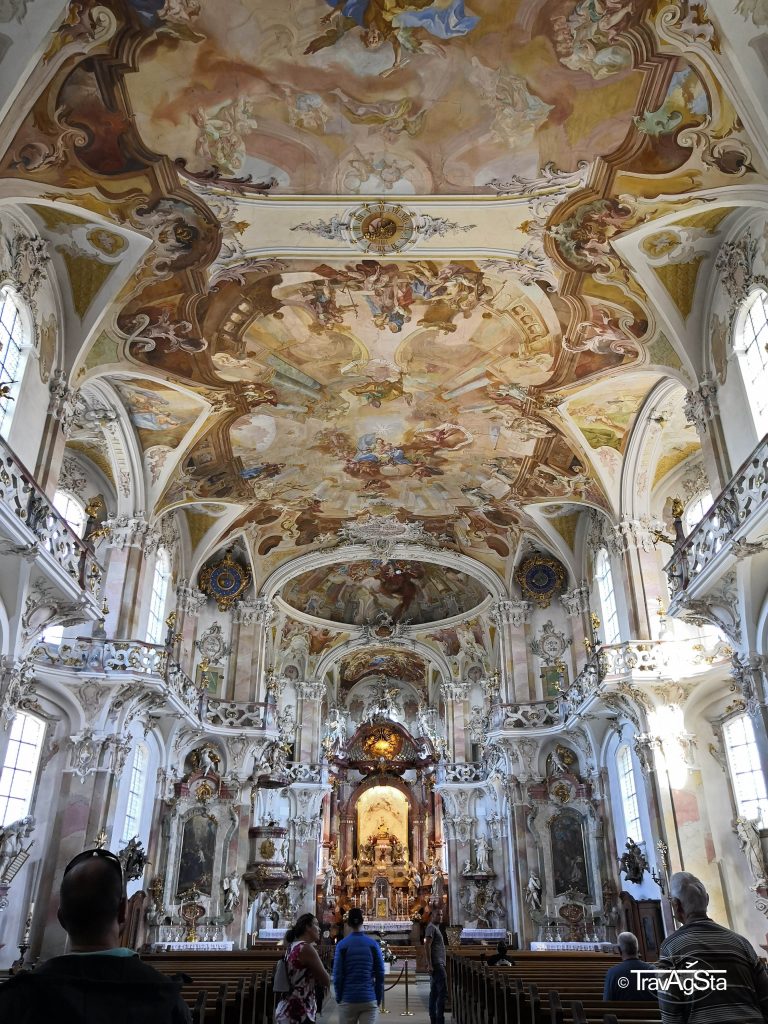 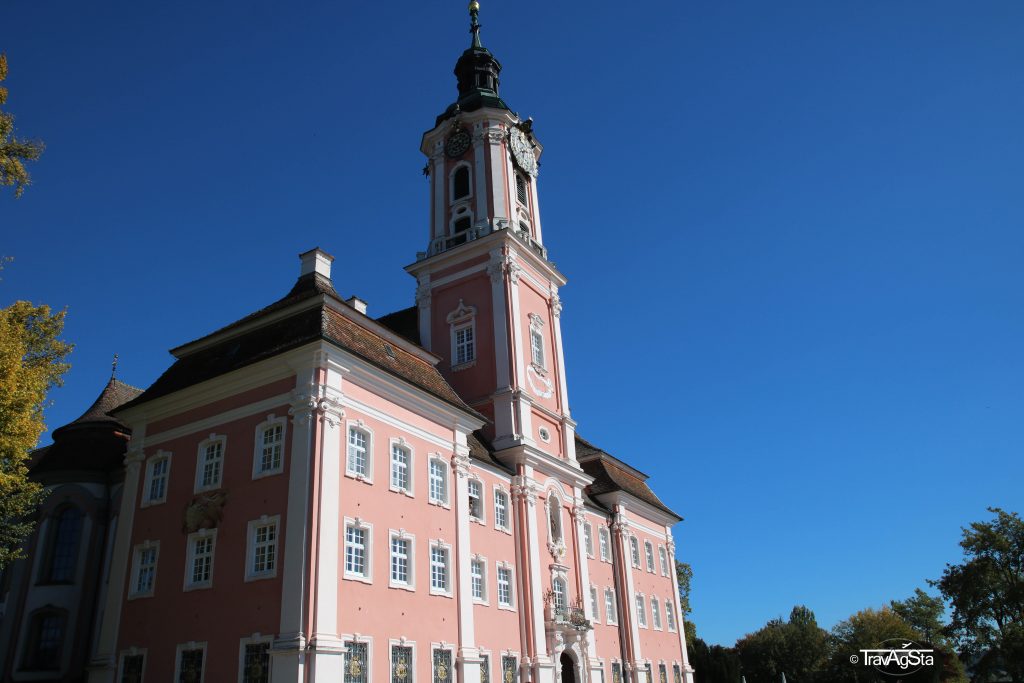 The church is really beautiful inside as well as outside. This short detour should be done even without an annoying blatter. 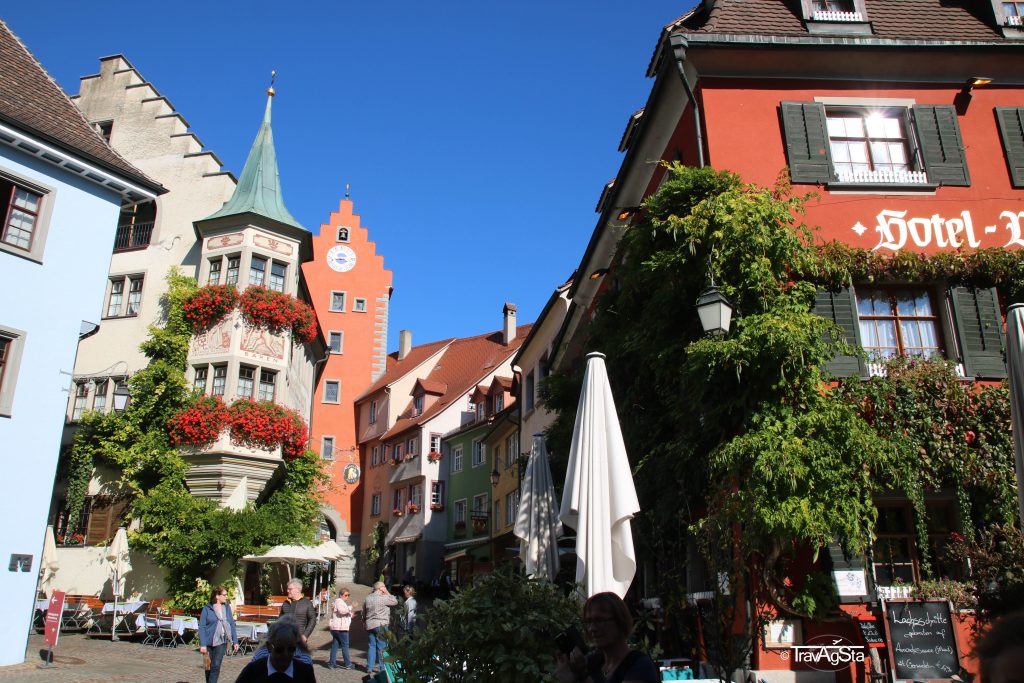 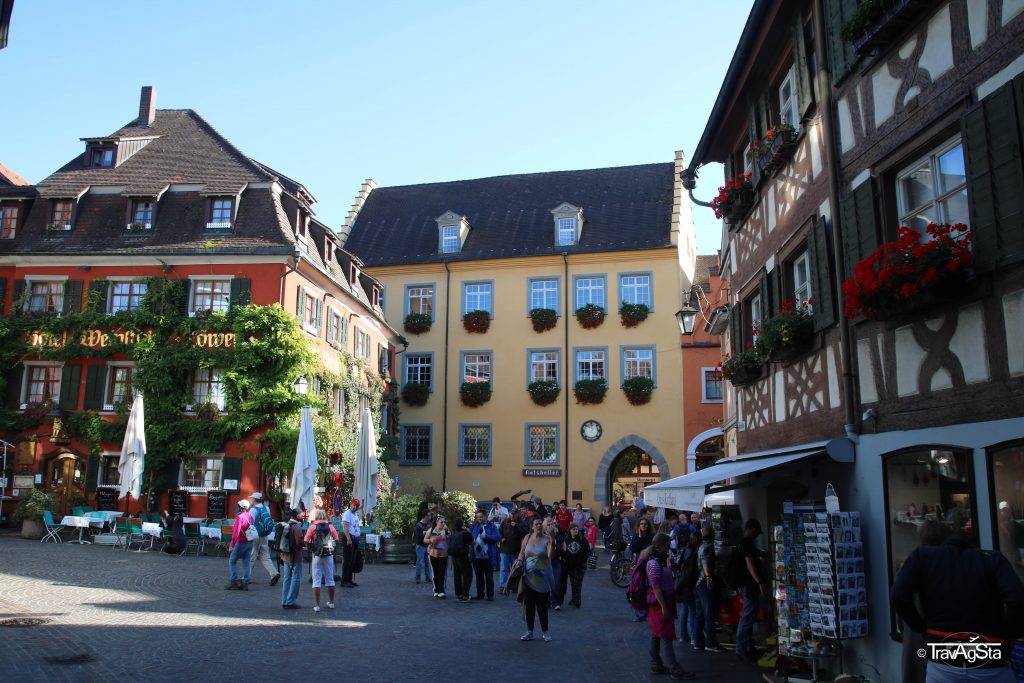 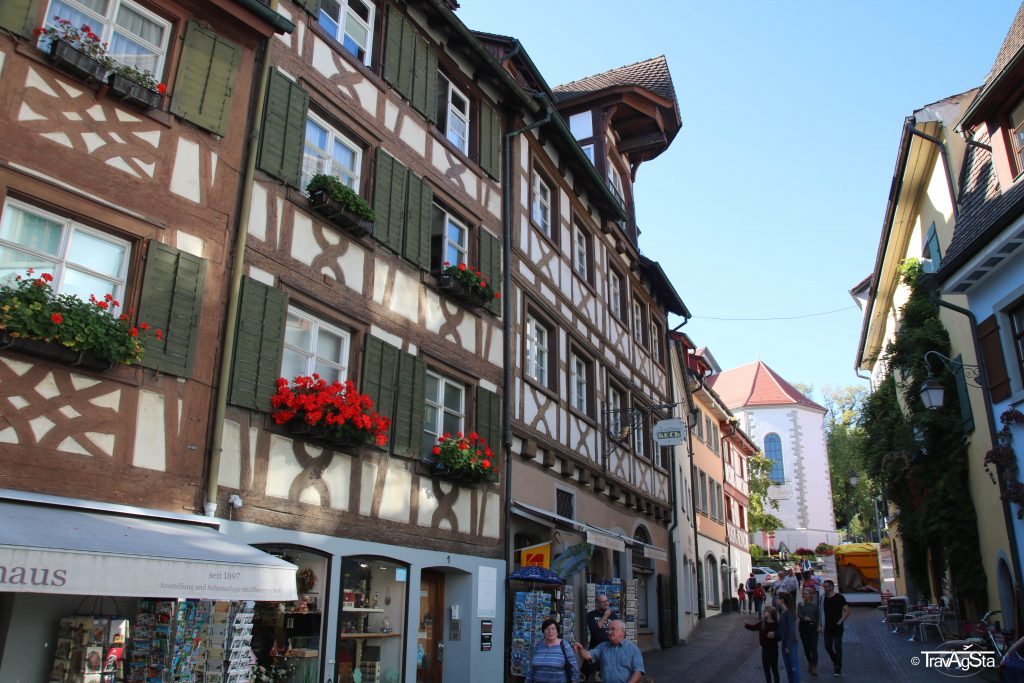 The Old Town is beautiful with its half-timbered houses. It’s beautifully restored without the effect of being fake-old. 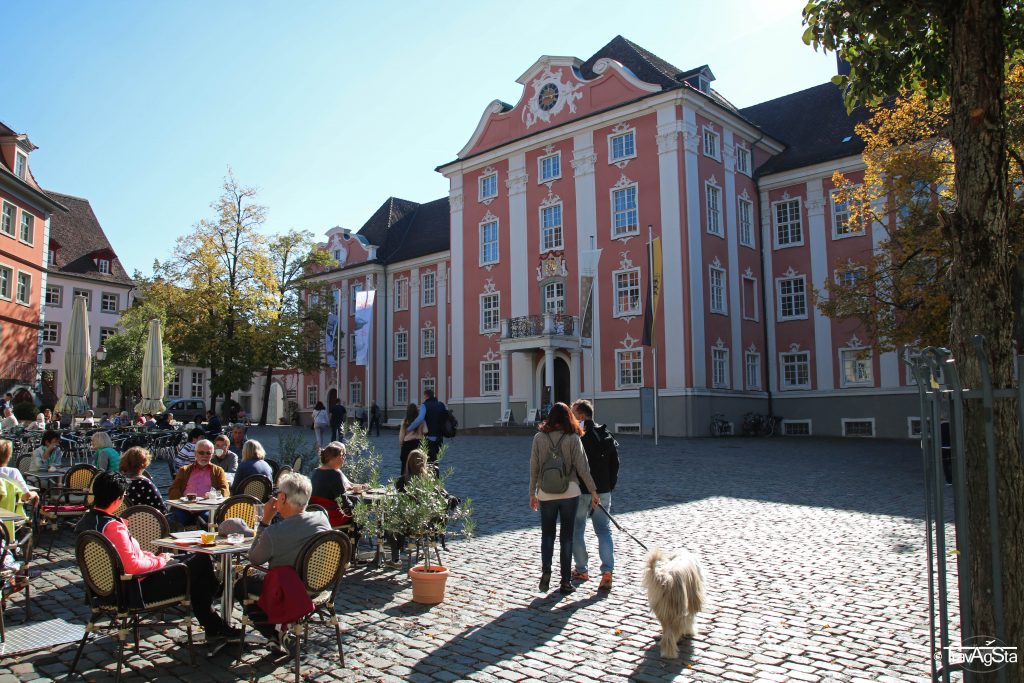 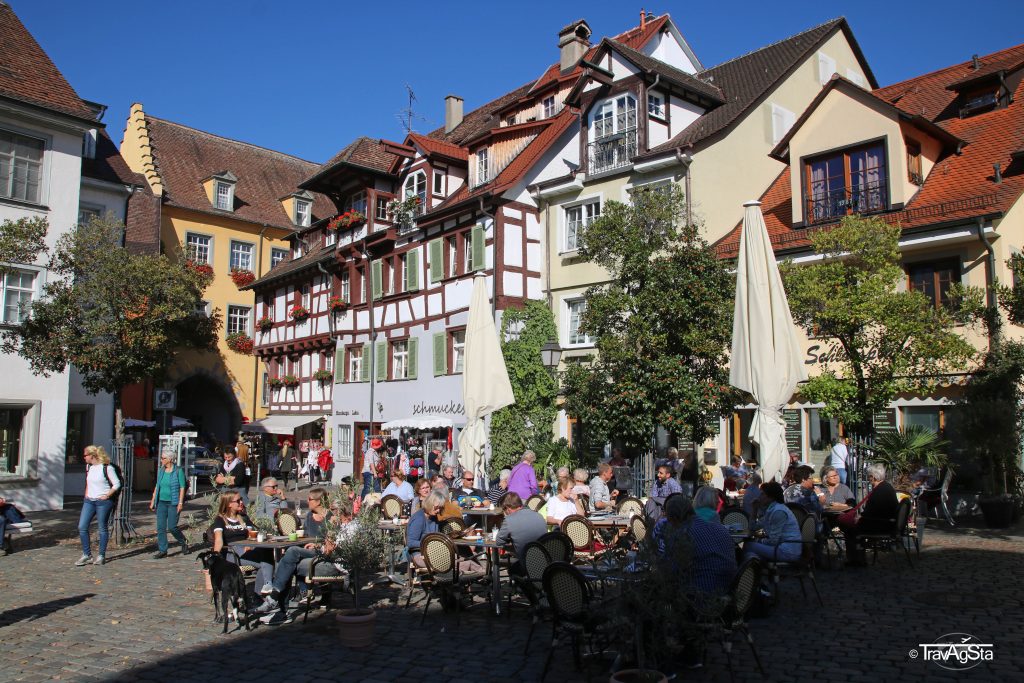 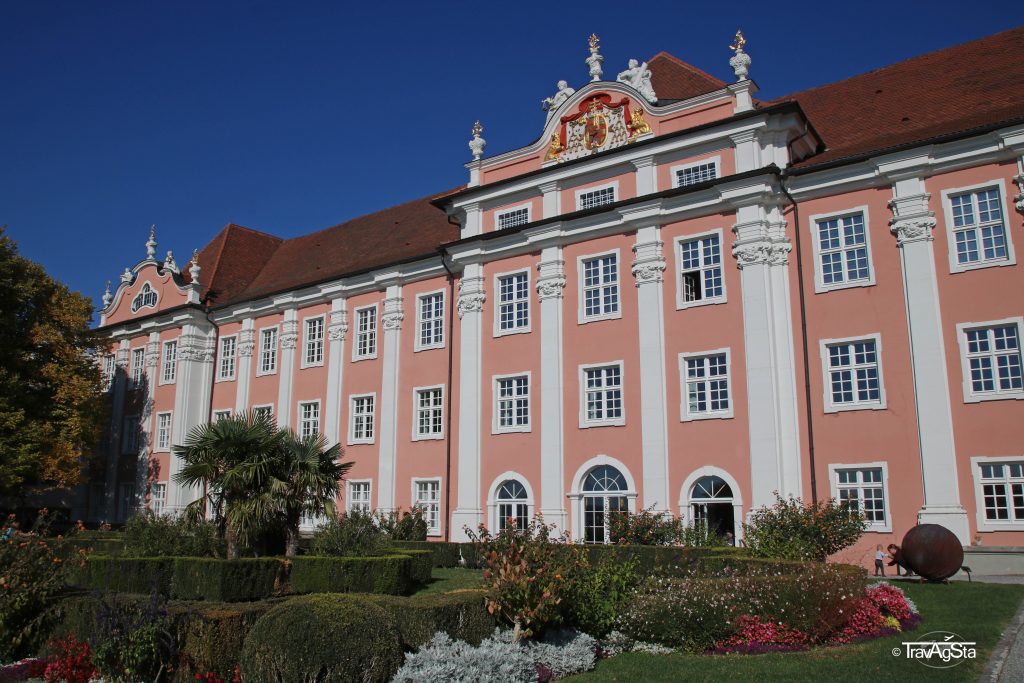 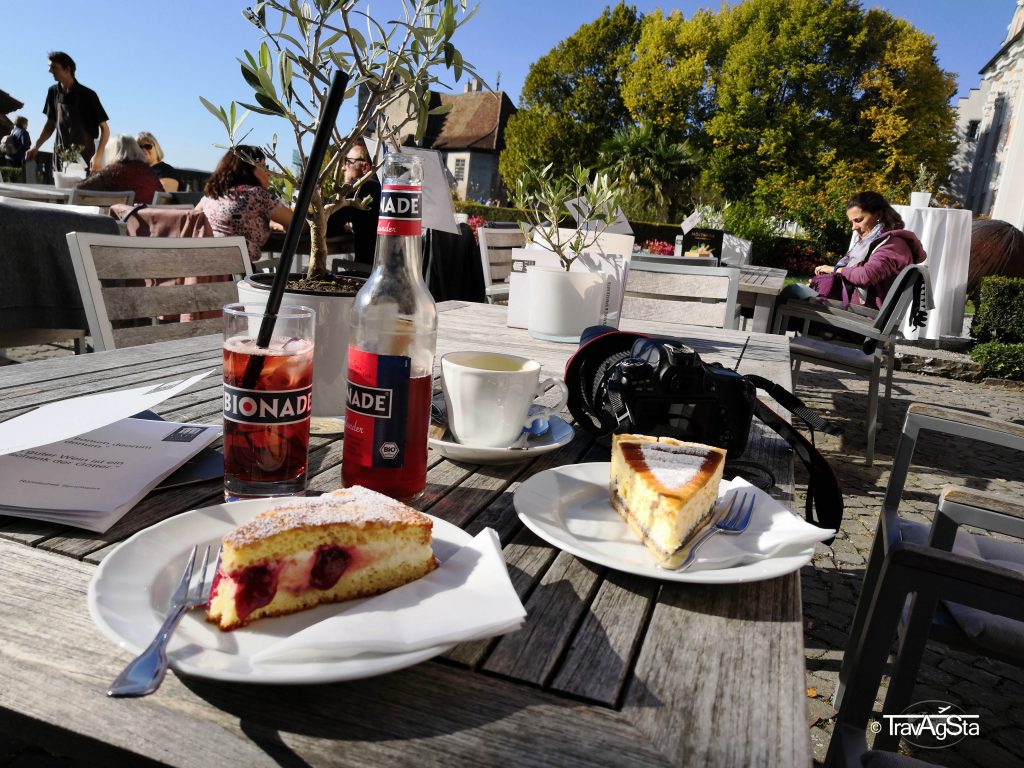 The new palace has a beautiful garden with a café and a view over the lake. 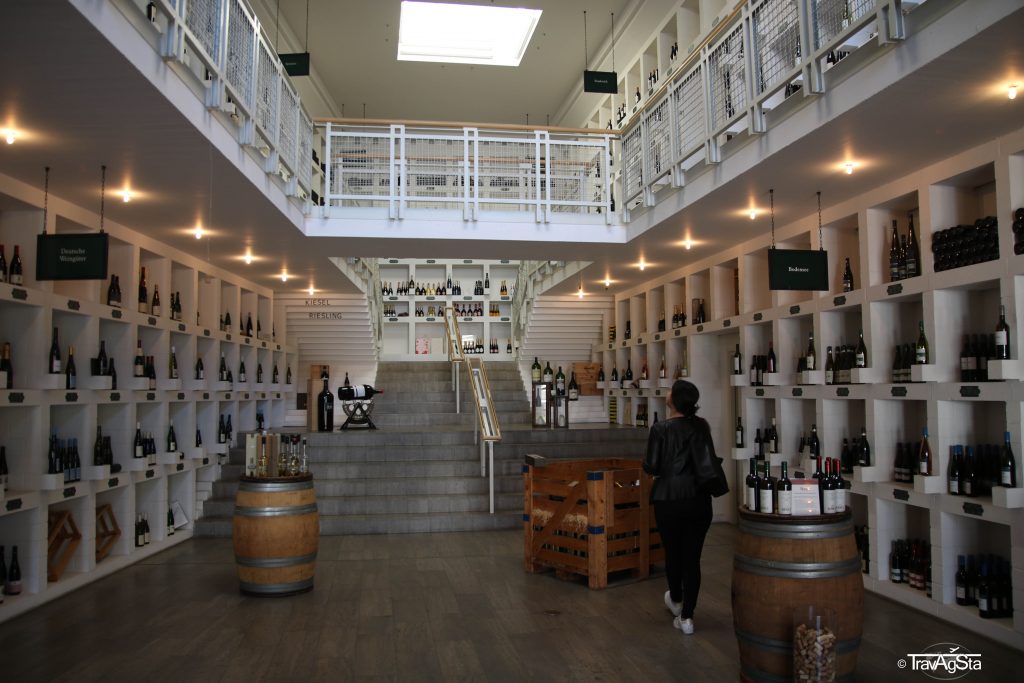 The region’s wines are delicious. There’s a good variety in the ‘Georg Hack, Haus der Weinhandlung’ wine store. Jan can confirm that and hopefully, me too soon! 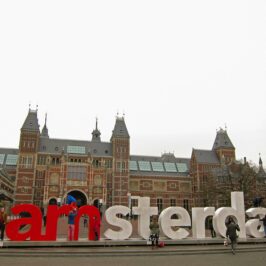 If you want to see the whole of Amsterdam, you have to walk miles. But... 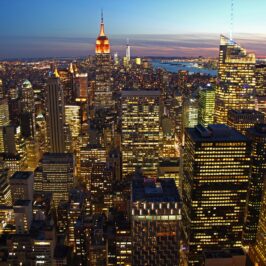 Recently I was reading that 48 millions of visitors came to New York in 2014.... 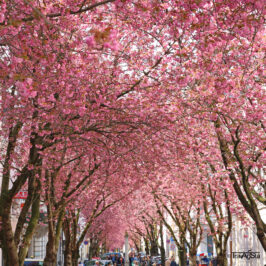 You could, of course, stay at home, as it is always nice at home. Or... 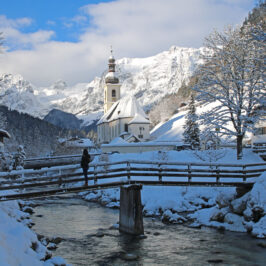 Of course, we headed back to our Bavarian home to Regensburg over the Christmas Holidays.... 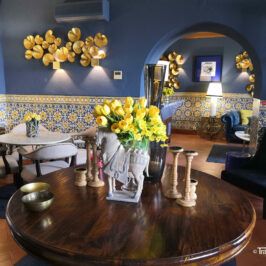 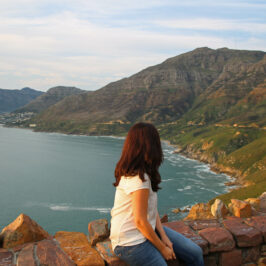 Who doesn’t know those South Africa pics that make you want to jump into them...