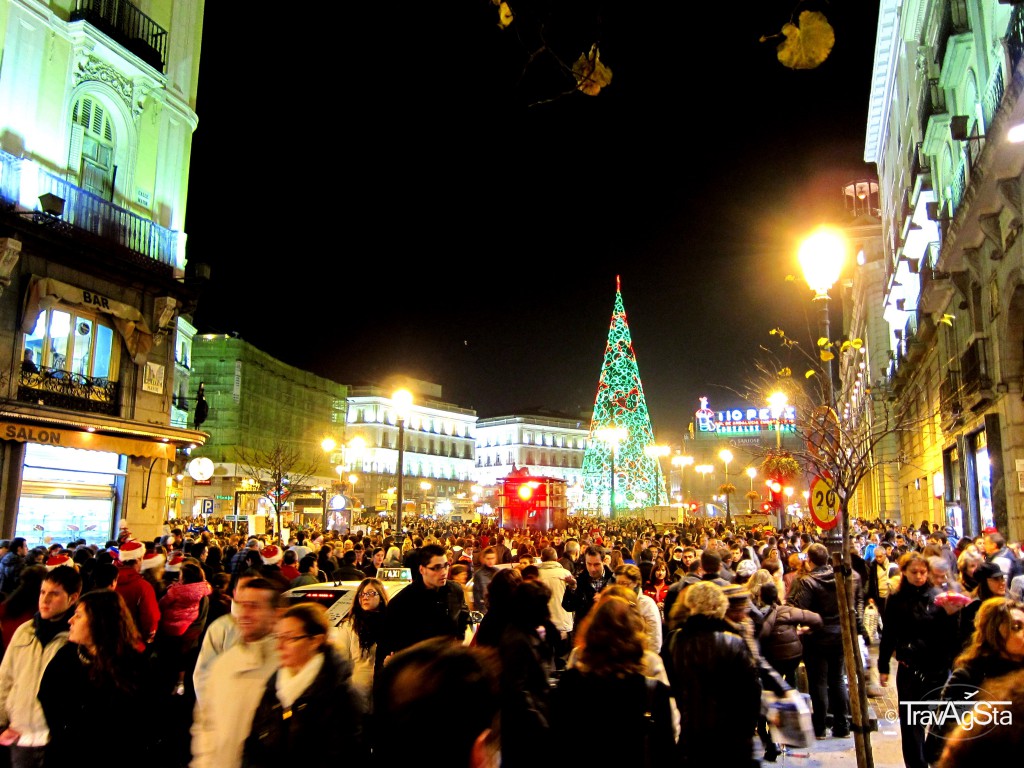 We love weekend trips. Some people we know say it would be to exhausting for them. It can be. You don’t have much time and probably won’t manage to see everything.

But: For one weekend it feels like being on vacation. You get a good dose of wanderlust to bridge the time until your next big journey. 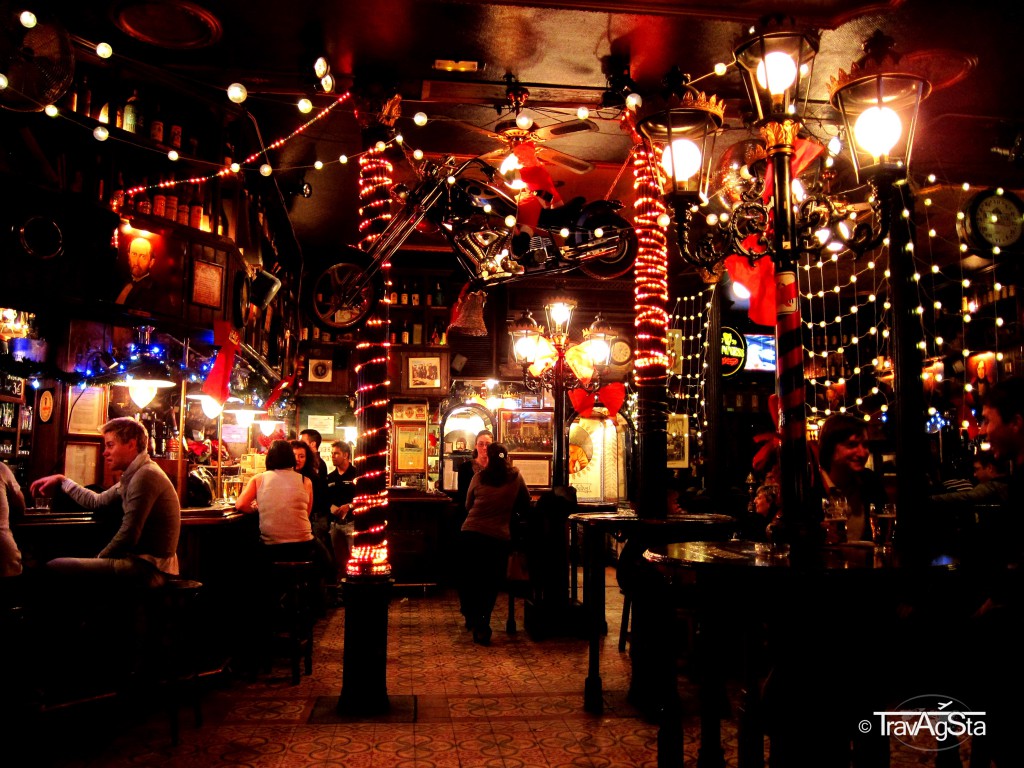 Dear winter makes us all a bit sleepy, which is not good as prices are much cheaper during this time of the year. Well, in December everyone is in Christmas mood and after our experiences in Madrid and Paris, a lot of people are on the road. 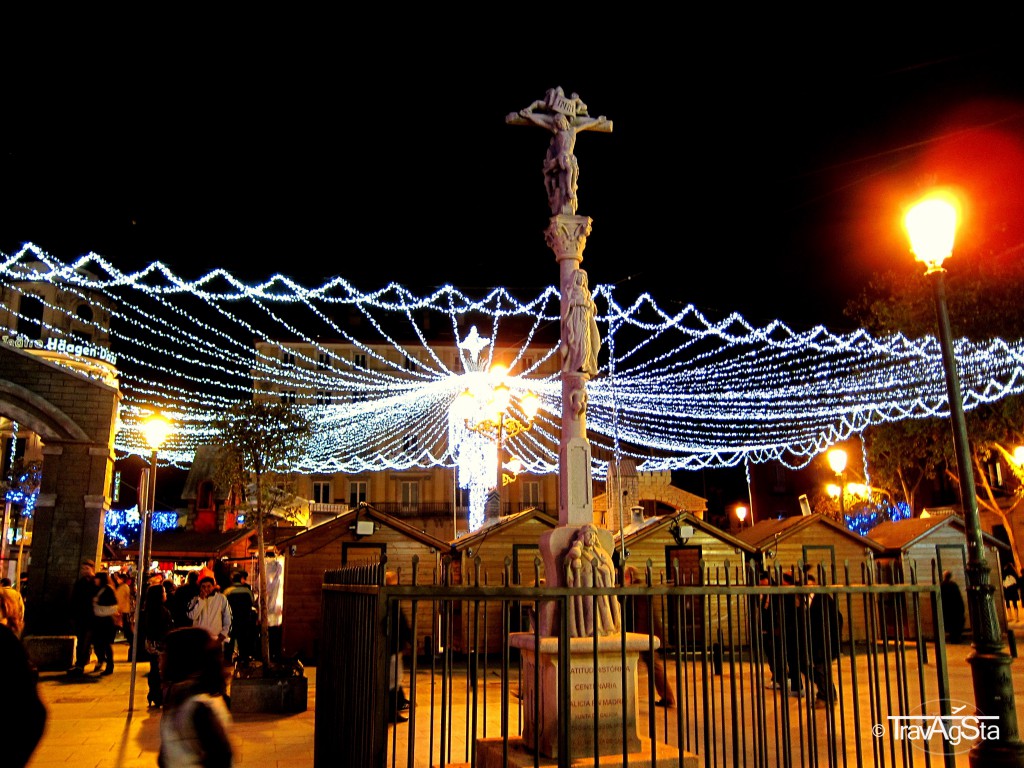 Nevertheless it’s not in the least as crowded or as expensive as it is in summer. You also don’t have to book too soon. 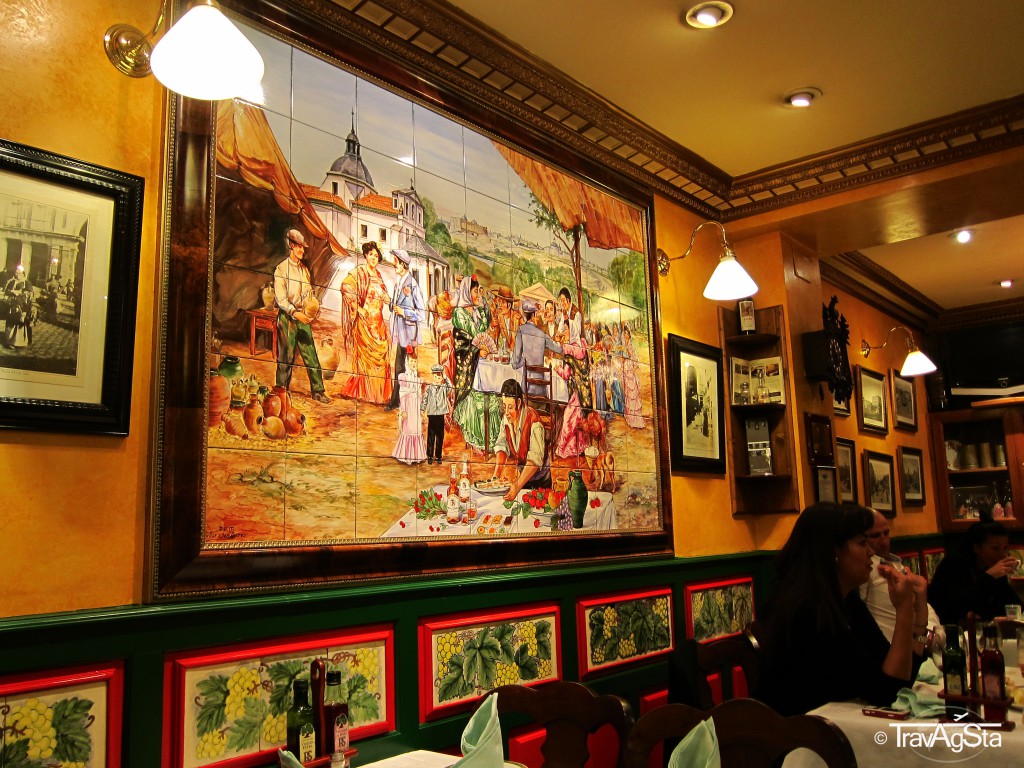 The south is always a good idea

For us living in the northern hemisphere it’s a good idea to go south and enjoy some warmer temperatures. The south of Europe is perfect for city trips in winter. 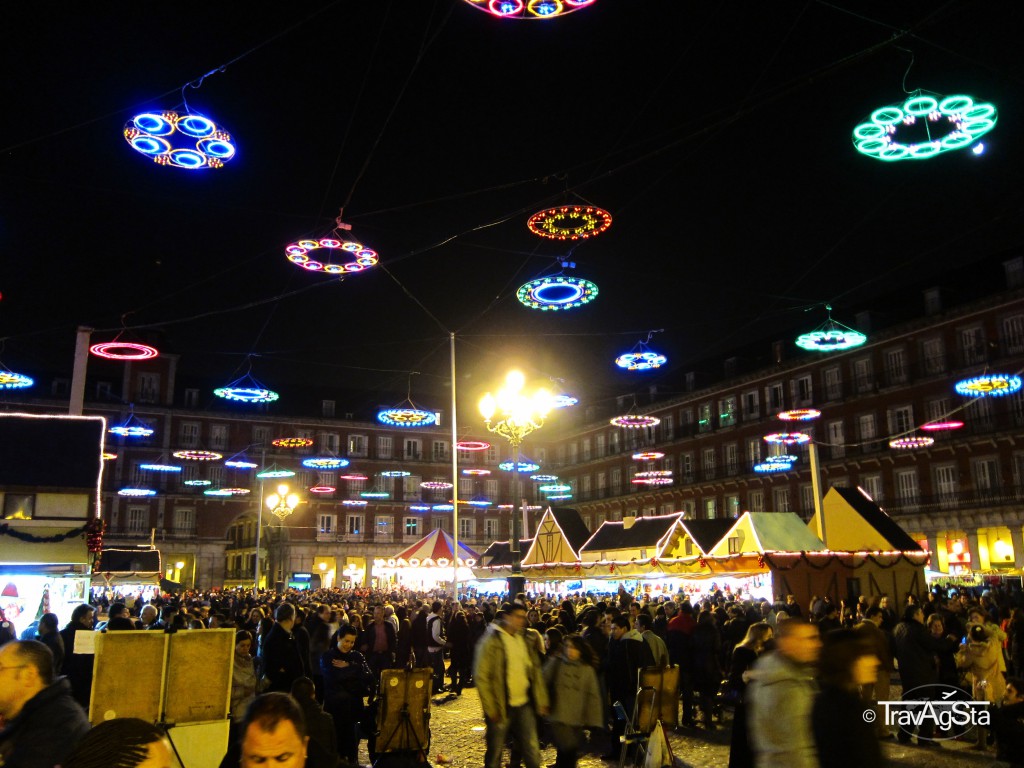 While it was only -2°C in Bavaria with snow chaos, we had 20°C and sunshine three hours later. Of course, we loved this! Sightseeing while it’s ice cold is possible, but more convenient with 20°C. Of course, it could have been very cold as well in Madrid. But it wasn’t. 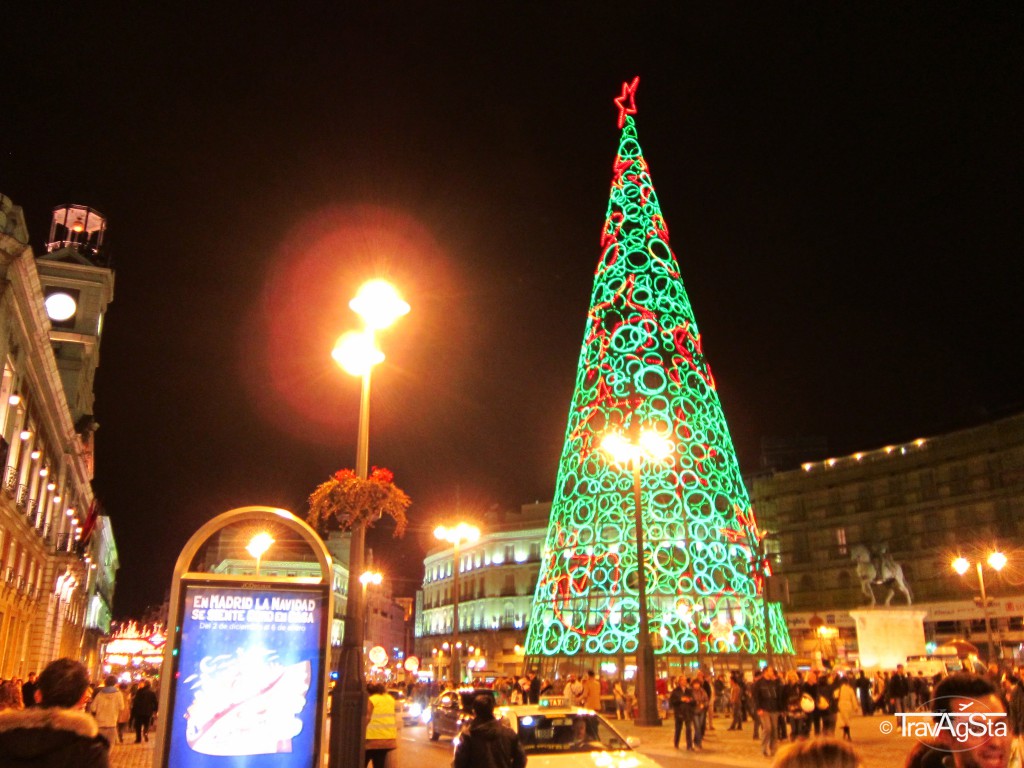 Sightseeing – Focus on the most important

As said before, it’s impossible to see everything in Madrid in 48 hours. For example: We couldn’t see the Parque del Buen Retiro, as it is more beautiful in summer. 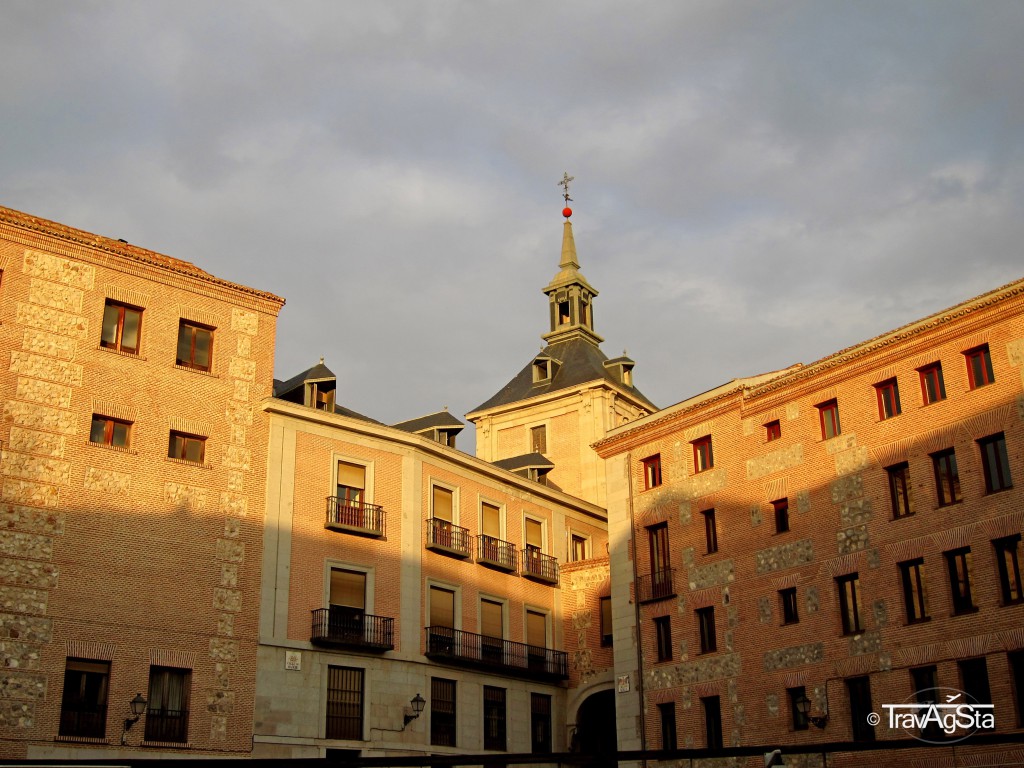 Or we could only see two of the three main museums. Instead of the third, we made a trip to El Escorial. It was exhausting, but totally worth it. 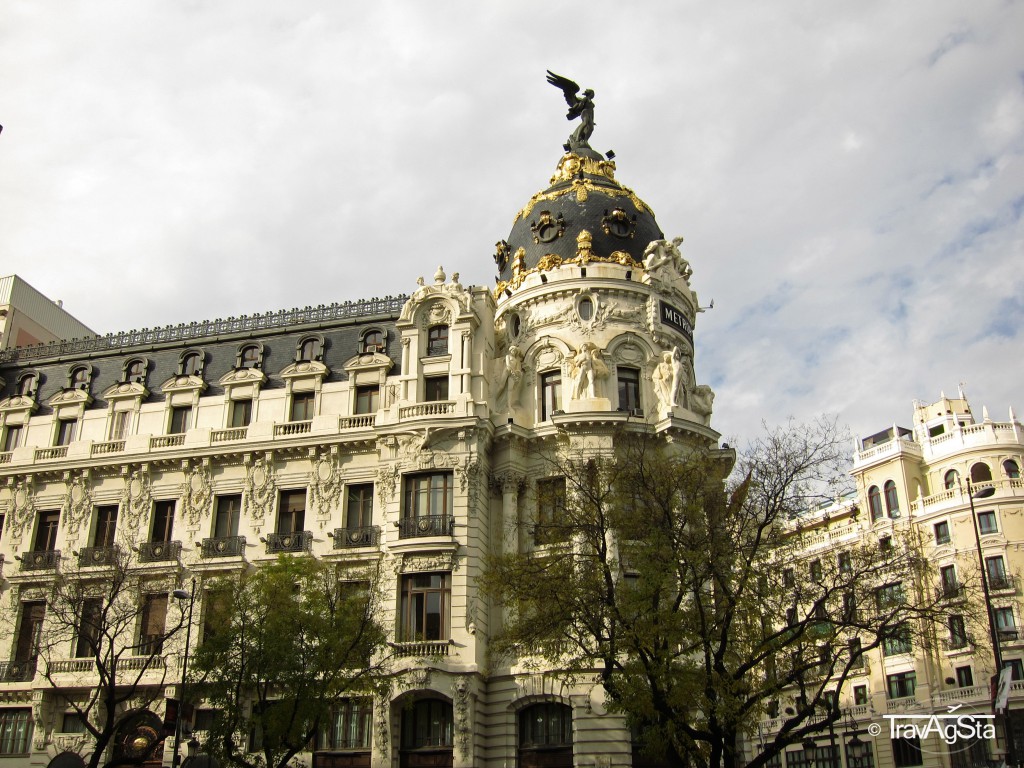 This was the most important shopping street of Madrid until 1960. Still today you’ll find cinemas, theatres or head offices. The buildings in this street are lovely and pompous. The Gran Via starts at the Plaza de Cibeles and continues until Plaza España.

The Metropolitan house is one of the most famous in this street. 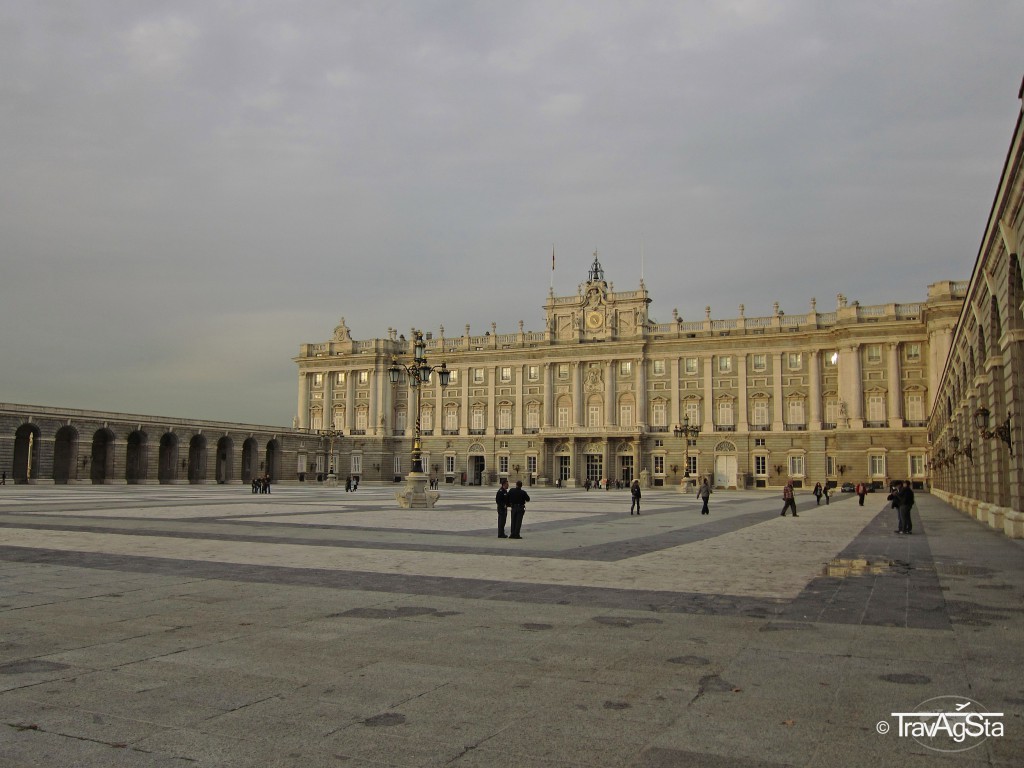 The palace is the official residence of the Spanish Royal Family. It was built in the 18th century and it’s huge. Of course, we didn’t see all of it. 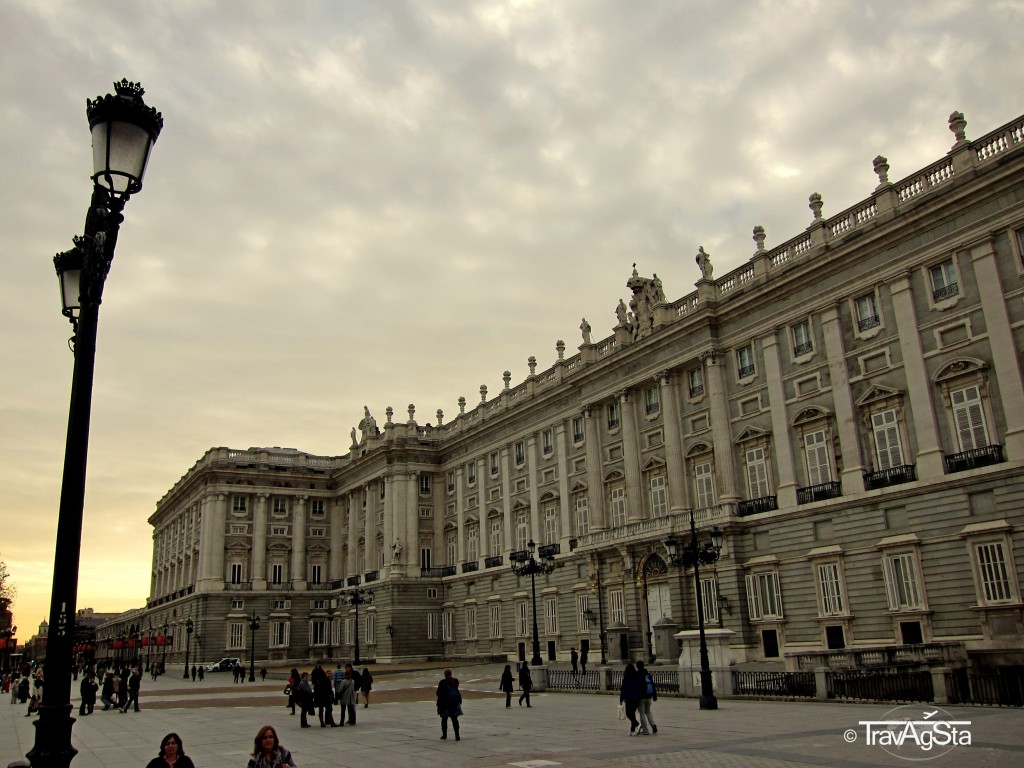 This place is right next to the Palacio Real and was constructed in the 19th century. The park is really beautiful and the houses surrounding it are perfect. They were built at the same time. 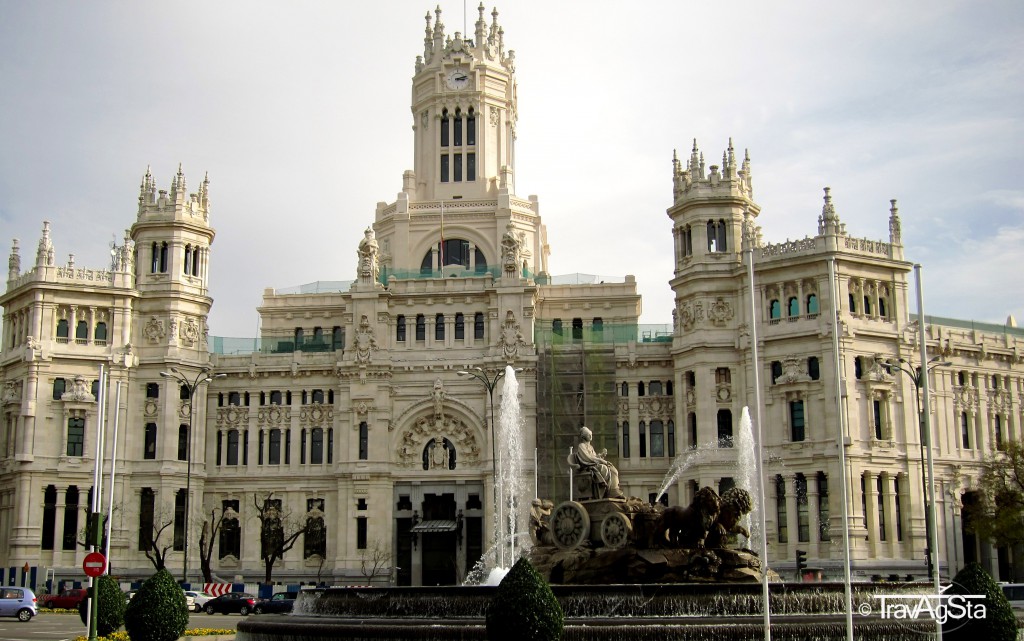 At first, you’ll only recognize the main traffic square. But actually you’re in the centre of Madrid with the famous fountain ‘Fuente del Cibeles’ constructed in the 18th century.

The huge Palacio de Cibeles, which is also known as Palacio de Comunicaciones, was the former post office. Since 2007, the municipality is based here. 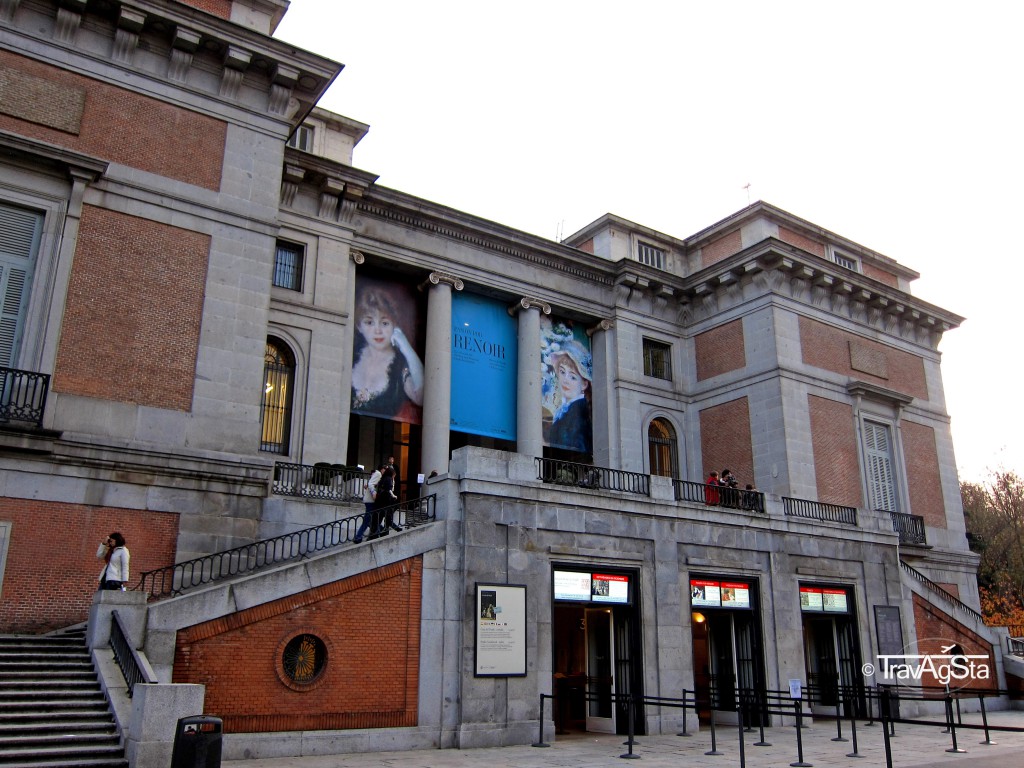 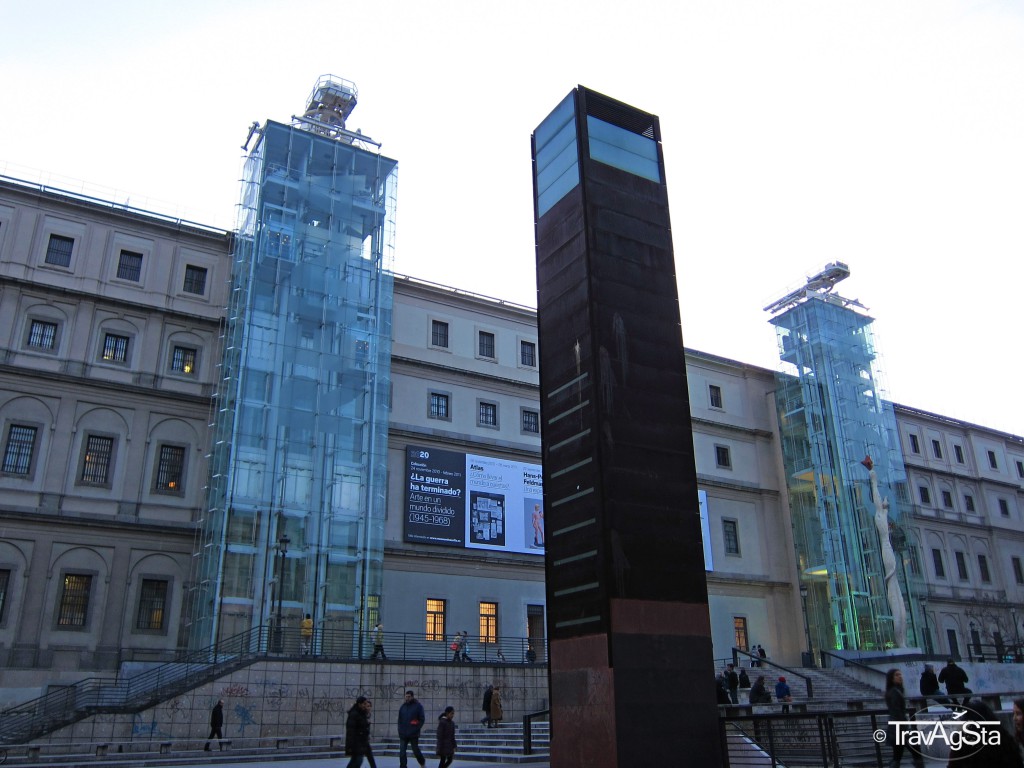 The museum is named after queen Sofía of Spain and is focused on Spanish works like from Dalí and Miró. Its attraction is Picasso’s ‘Guernica’. 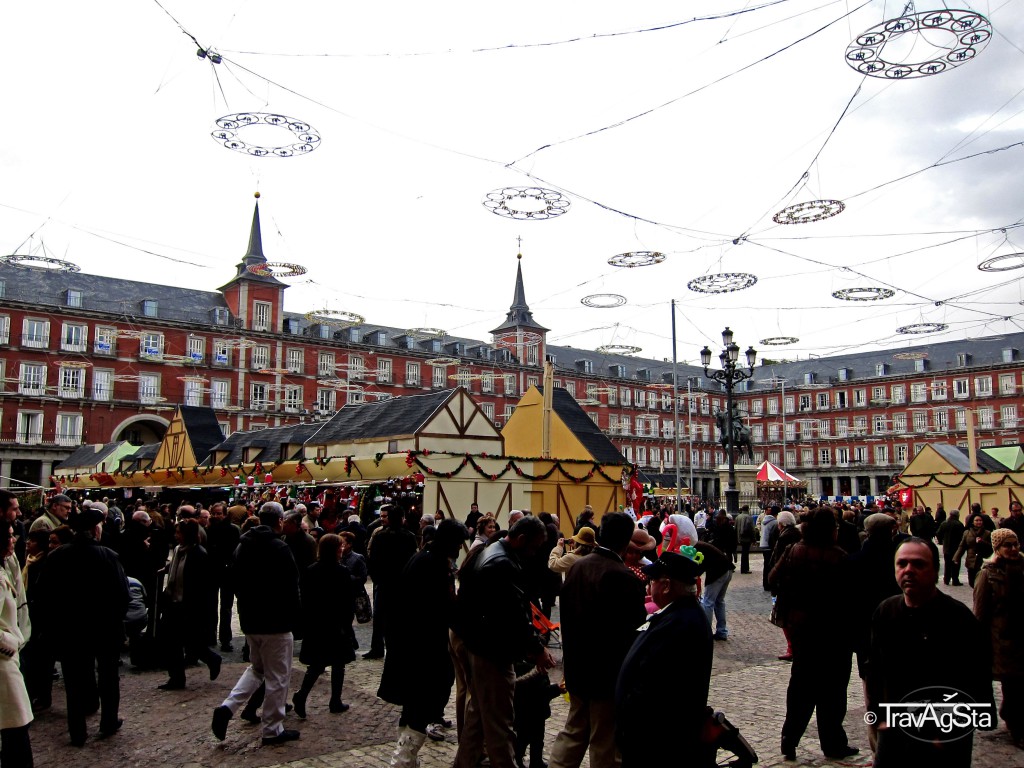 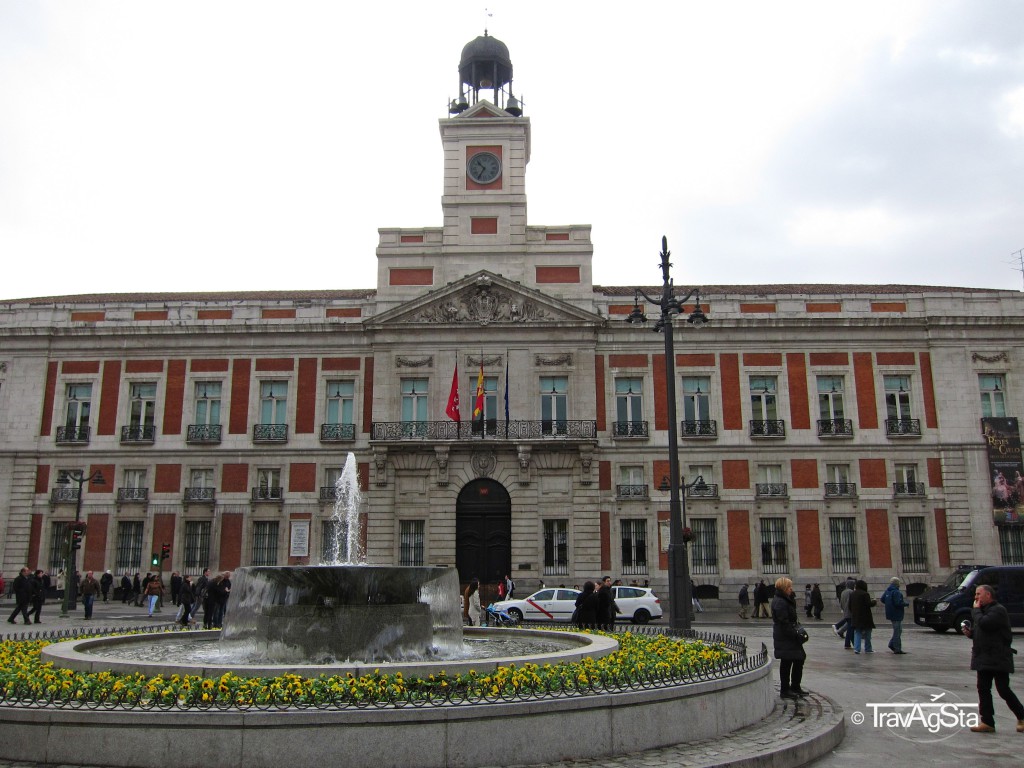 At this place, you’ll see the Madrid’s landmark: The statue of a bear eating from a strawberry tree. Unfortunately it wasn’t there when we wanted to see it. 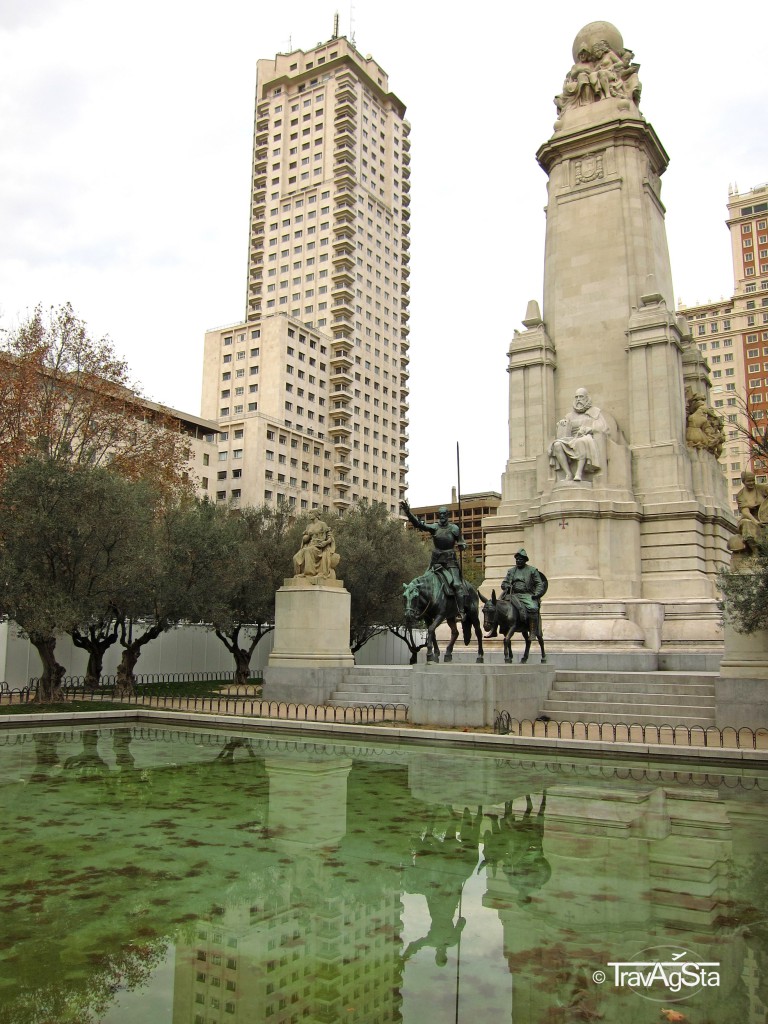 Yes, there are a lot of Plazas here. But this one is the most famous. It’s a huge green park with a monument and a water basin. It is dedicated to Miguel de Cervantes, Spain’s National poet. What is Goethe to Germany, Cervantes is for Spain. 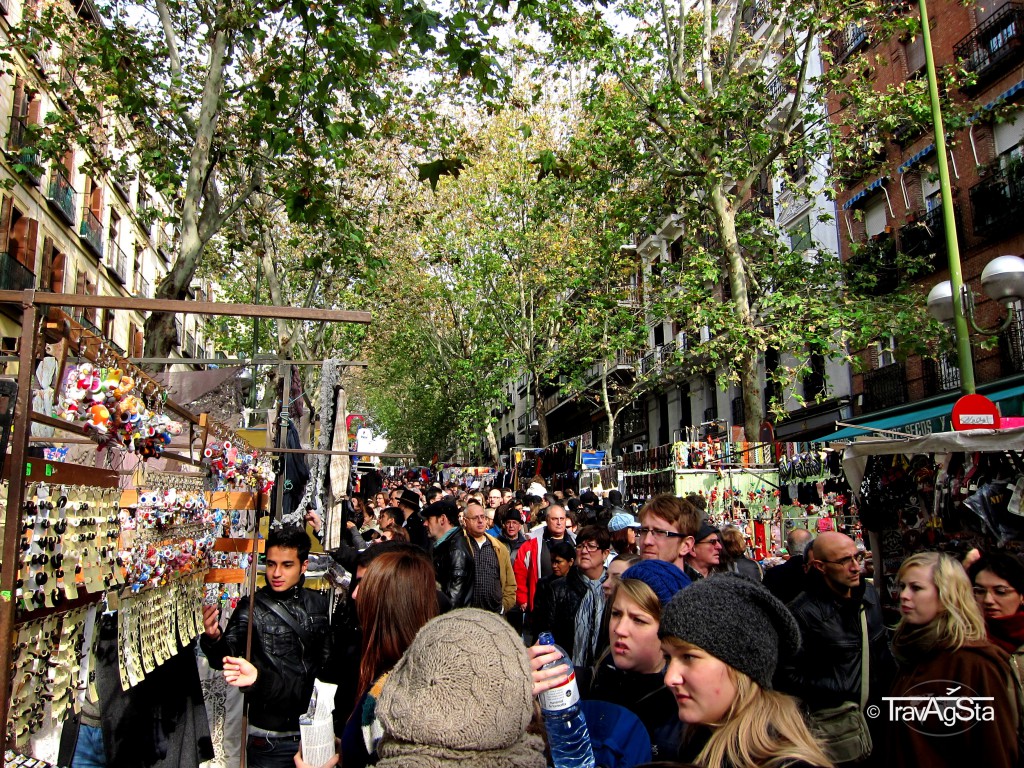 Madrid’s flea market on sundays: It’s huge, totally overcrowded and offers also useful stuff. And despite of the way too many people here, it was a lot of fun walking along these streets. You should be careful of your valuables here. 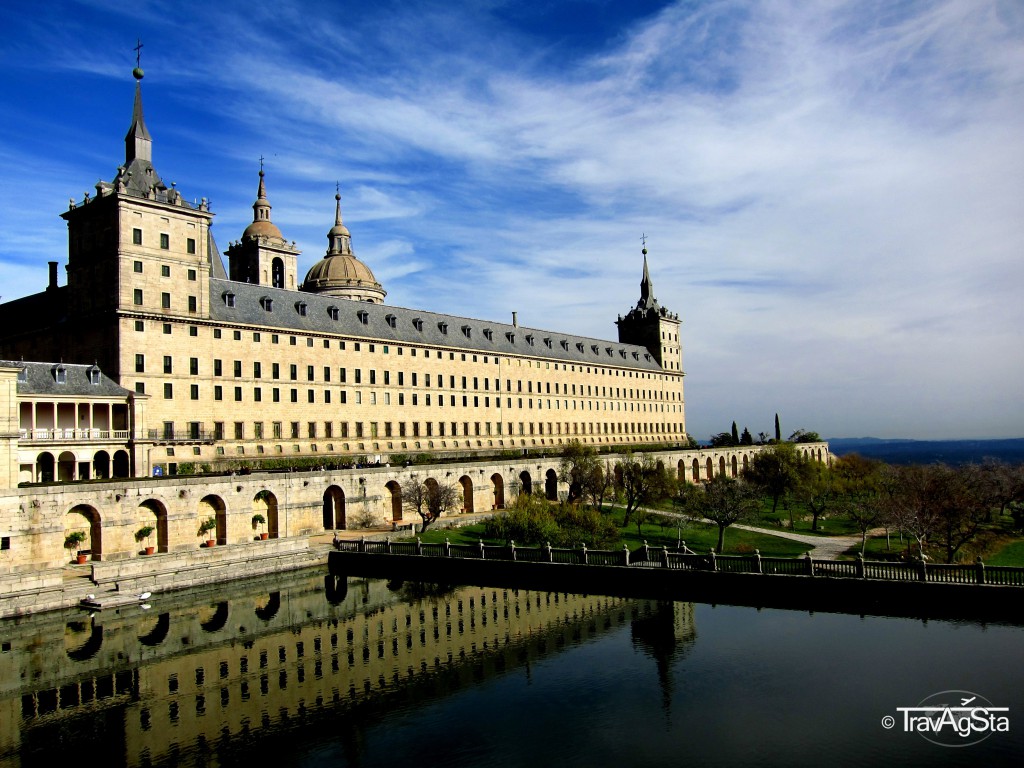 The palace and monastery is located in El Escorial, an easy 40 minute train ride to the north west of Madrid. 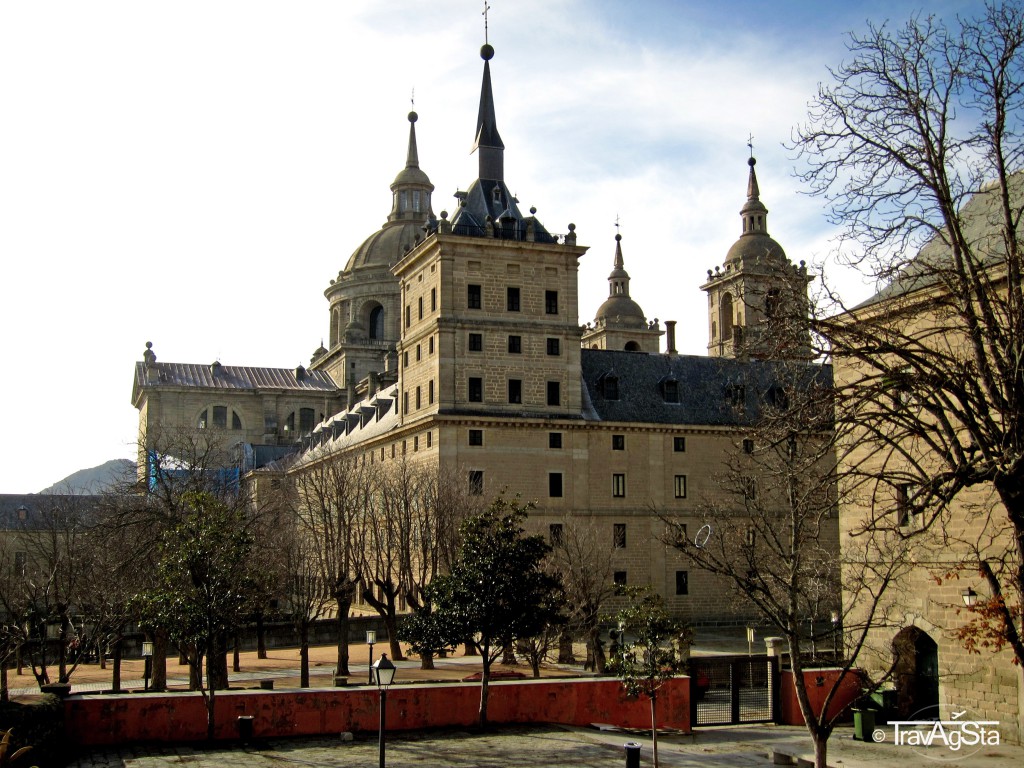 It was built in the 16th century by order of Philipp II. It’s the biggest Renaissance building in the world. 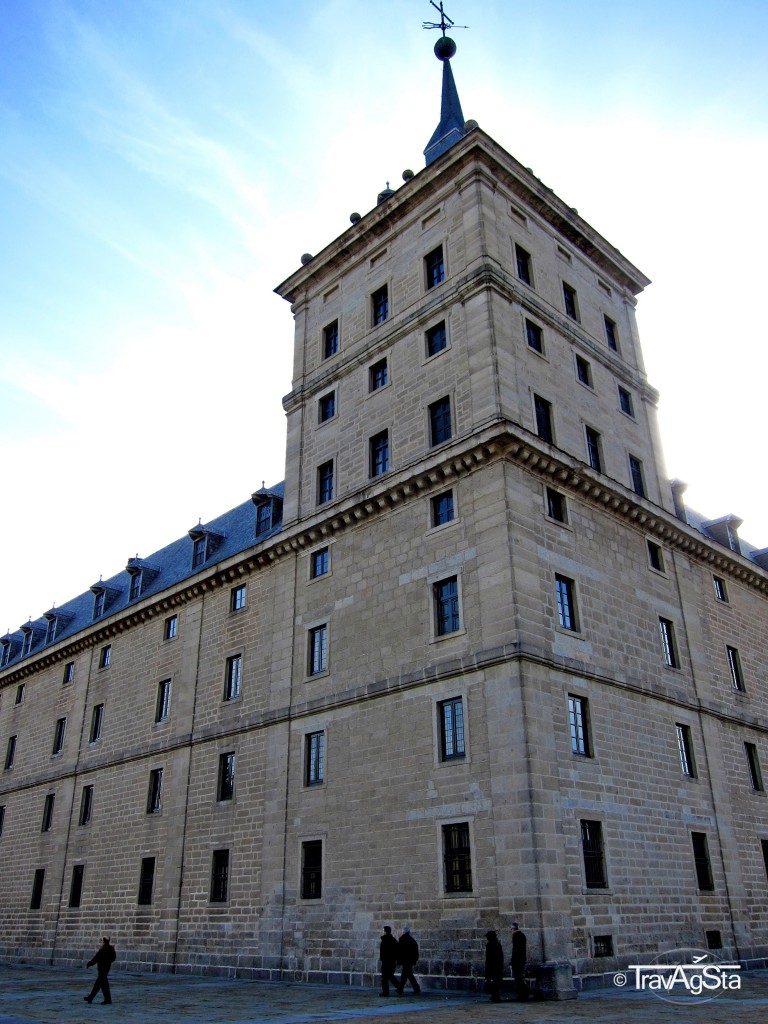 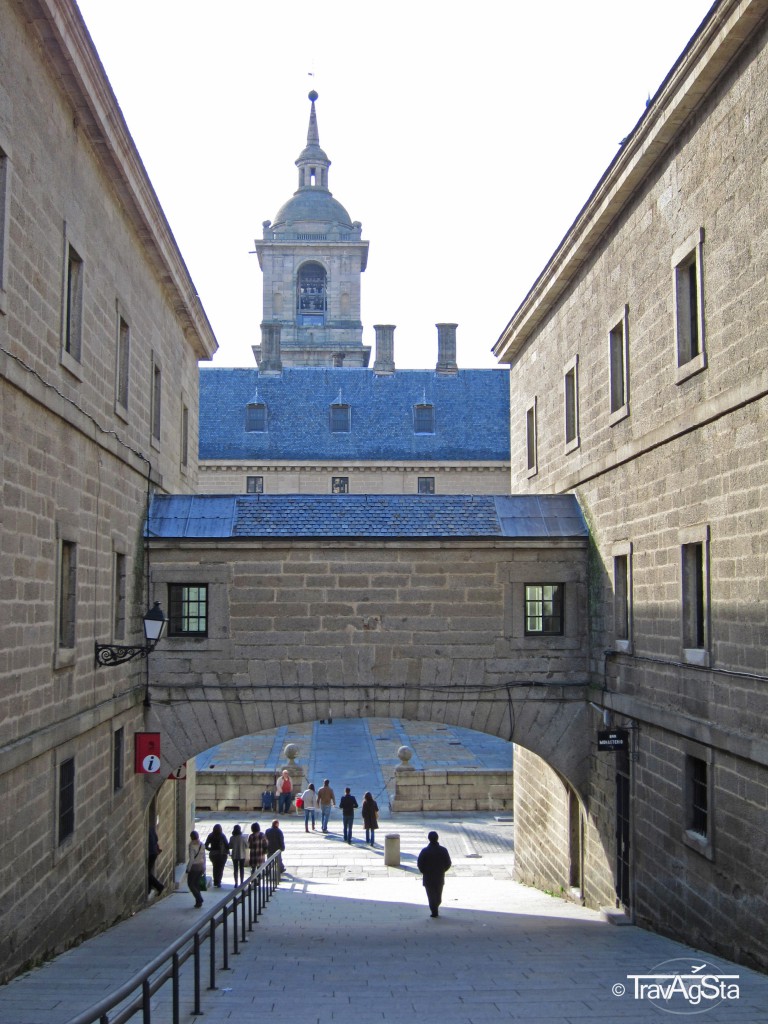 The reason to build something huge like this was the defeat of the French at the Holy day of Saint Lawrence. Philipp II wanted to dedicate him a monastery. It was created by Juan Bautista de Toledo. After his death, Juan de Herrera finished the building. Philipp II spent the rest of his life here.

Since 1984 the palace/monastery belongs to the UNESCO World Heritage. 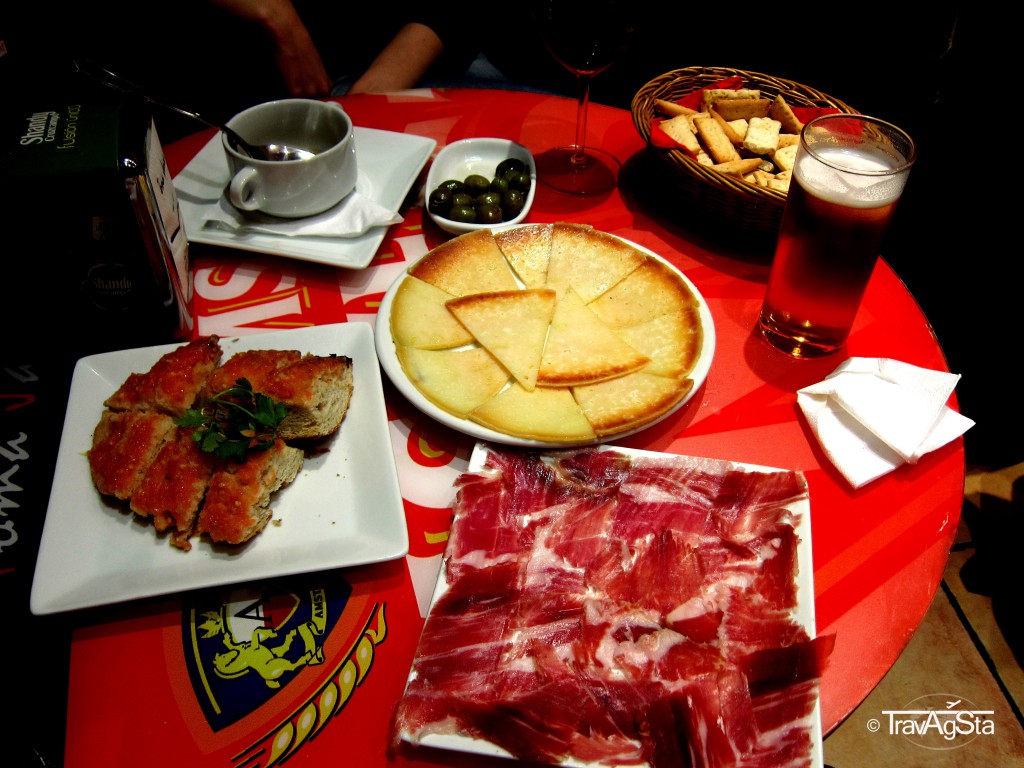 Don’t have to say much about this. We’re huge Tapas Fans and Madrid offers you a lot of bars for all prices. Thinking about this makes our mouths water.

As you can see, we couldn’t see everything in this cool city. But the good thing about this is, we always have a reason to return. 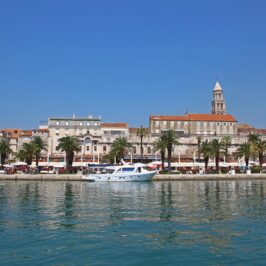 Some of the most beautiful cities are located at Croatia’s Dalmatian Coast. Besides Dubrovnik, we... 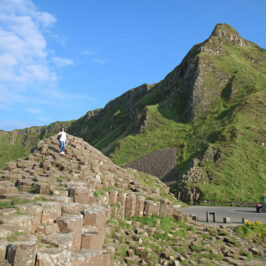 You and a rental car – this makes a perfect day trip from Belfast to... 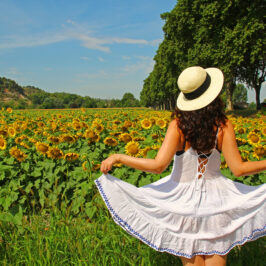 While planning our wedding, we’re thinking about honeymoon destinations, too. When our parents heard about... 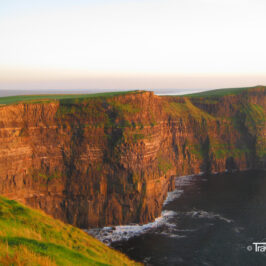 While Dublin is a beautiful city with a high quality of life, the real Ireland... 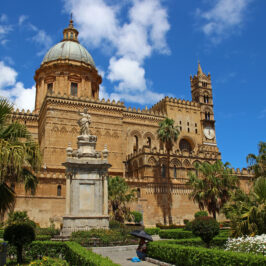 Just as mentioned before, a short stay here was enough to become witness of this... 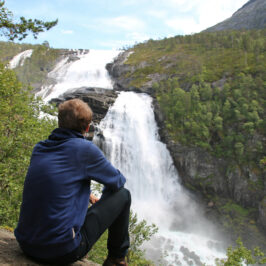 Many people refrain from travelling to Scandinavia because they fear it will be too expensive....